Save some money on Valentine's flowers — we won't tell 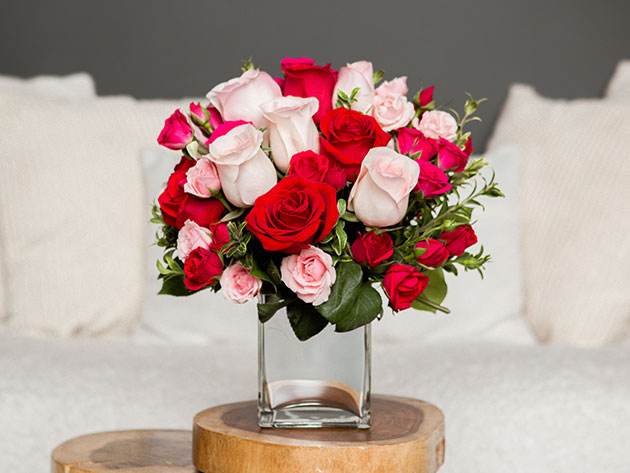 As far as Valentine's Day is concerned, there are a couple of things we can say with confidence. One, it's nearly impossible to make a dinner reservation the day of, and, two, flower prices are inflated. While only divine intervention will help you lock in that last-minute dinner date, there is a way for you to spare yourself from the financial hardship that comes with shopping for flowers. Teleflora's Valentine's Day Special is offering a $40 site-wide credit on its arrangements for 50 percent off.

Teleflora offers beautiful, hand-arranged bouquets and fast, reliable delivery by local florists located in the US and Canada. The site offers a wide selection of options, including floral baskets, centerpieces, and gourmet food baskets. Plus, every Teleflora order is handcrafted by a local florist and delivered in a vase, ready to be enjoyed immediately.

Shopping with Teleflora supports local businesses and strengthens communities, and now you can start browsing with a $40 site-wide credit for $20.