Grammarly cleans up your writing on virtually any platform 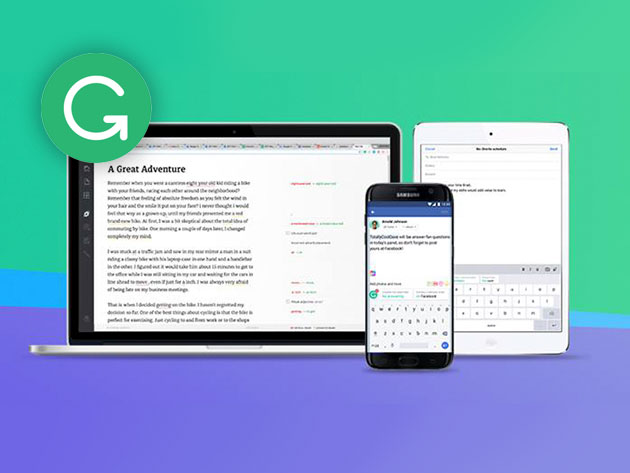 Let's face it: Writing is a skill that doesn't come to everyone naturally, but that's still not an excuse to send out emails riddled with typos and vague prose. Grammarly gives you the means of producing clear and concise correspondence, and it does so without forcing you to lift a finger. One-year plans ordinarily retail for $139.95, but you can sign up for half that price with a deal in the Boing Boing Store that ends this Sunday.

Grammarly corrects hundreds of grammar, punctuation, and spelling mistakes while also catching contextual errors, offering vocabulary changes, and suggesting style improvements across a host of writing platforms, including Gmail, Facebook, Twitter, and LinkedIn. Grammarly also boasts genre-specific writing style checks and even includes a plagiarism-checking filter, handy for ensuring your term papers are clean. What's more, Grammarly even provides you with explanations for all your mistakes and a weekly progress report so that you can grow your writing skills along the way.

You can sign up for a 1-year plan to Grammarly Premium for $69.98 in the Boing Boing Store. But remember, the deal ends this Sunday.