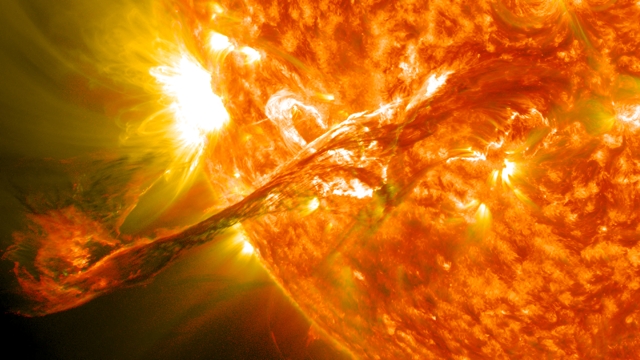 These bubbles of radiation generally bop off into space, away from the earth. But not this week.

Fortunately, the solar storm forecasters at NASA and NOAA believe that we won't take a huge hit from this latest solar storm. But, if you see the lights in your home flickering, you'll now know why. And hey, if the power does go out, you might be able to eat dinner by the Northern Lights.