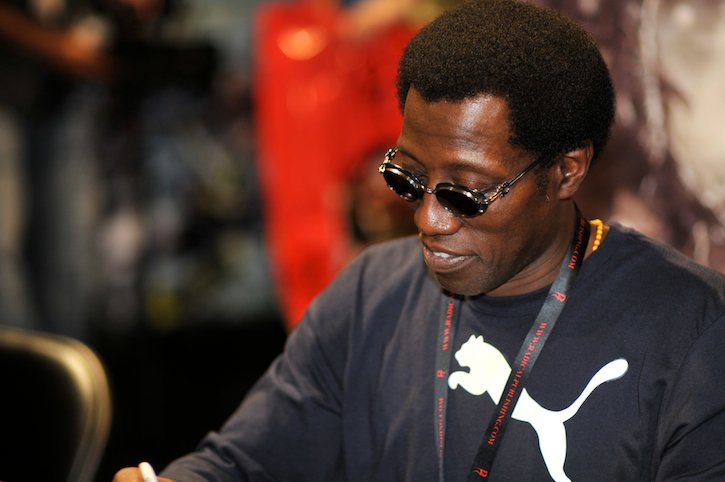 Variety interviewed Wesley Snipes about the failed 1992 attempt to bring Black Panther to the screen.

[Variety]: Why do you think Hollywood didn’t see the potential in this idea back in 1992?

[Snipes]: I don’t think it was unique to me. There are so many ideas that were passed over by the majors that became iconic. At the time, there were no templates for it. Marvel was going through some restructuring. I was quite busy at the time. I don’t recall it being that traumatic. We went on to do other interesting things. Within two years, the “Blade” opportunity came around, which was just as cool. Hey, it’s good to be ahead of the game and being alive long enough to see its fruition.