Now you can send bouquets of donuts instead of flowers 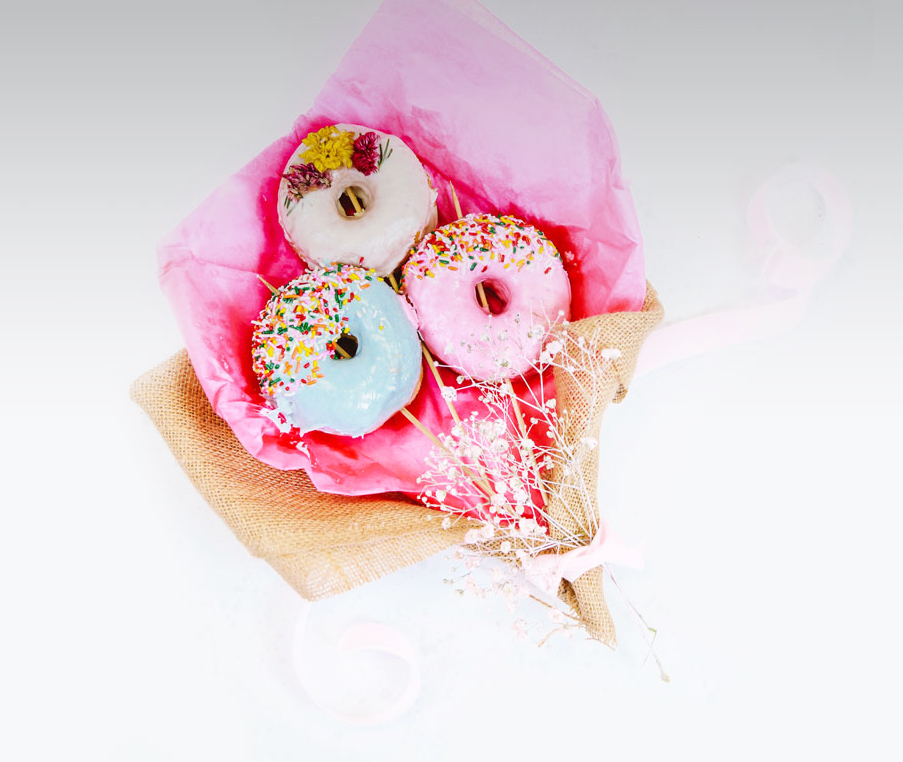 When you care enough to send the very best, skip the Hallmark cards and flowers and ship a bouquet of donuts to a loved one.

It's a thing. A bunch of donut bouquet shops have popped up around the globe. Here's what I could find:

-- Las Vegas and Henderson: The Donut Bouquet, prices at $49.95 for a dozen, customizations available

This is not to be confused with the evil clown donut delivery service.

Man tweets that his dad's new donut shop has no customers, response is overwhelmimg

“My dad is sad cause no one is coming to his new donut shop ?,” tweeted the son of the proprietor of Billy’s Donuts in Missouri City, Texas. The brilliant marketing move resulted in a sell-out of donuts and kolaches. From Houstonia: By Sunday afternoon his tweet was retweeted more than 150,000 times. By Monday […]