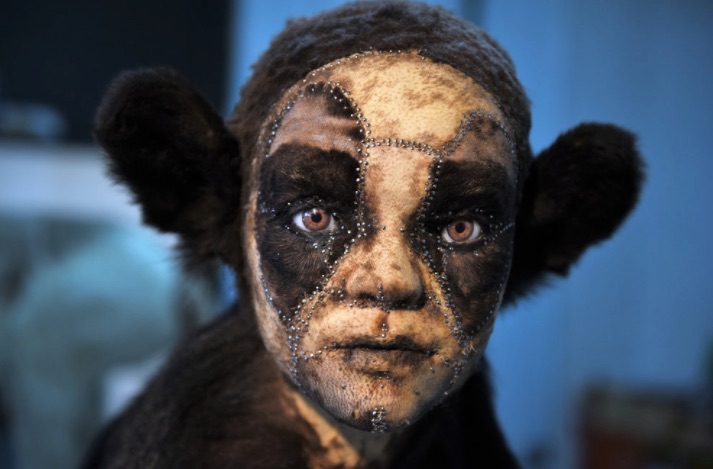 The fusion of human and animal that I create presents a fiction suggesting that our human state is fully realized when we acknowledge both our current programming and our natural instincts. I emphasize the characteristics that separate us within the animal kingdom, and, importantly, the ones that unite us.

The wild animal hide I use has an energy and presence like no other material. I shave sections of the animal's skin to reveal porous and oily features that we recognize as our own. Stitched over a hand-sculpted human face, the material quality of the skin brings believability to the final sculpture: they are portraits we relate to. I emphasize the seams so that the faces are obviously reconstructed yet they are not monstrous, they are approachable, calm, dignified, majestic. The viewer has an intimate relationship with the face and then identifies with the full animal, acknowledging the animalistic inheritance within the human condition.