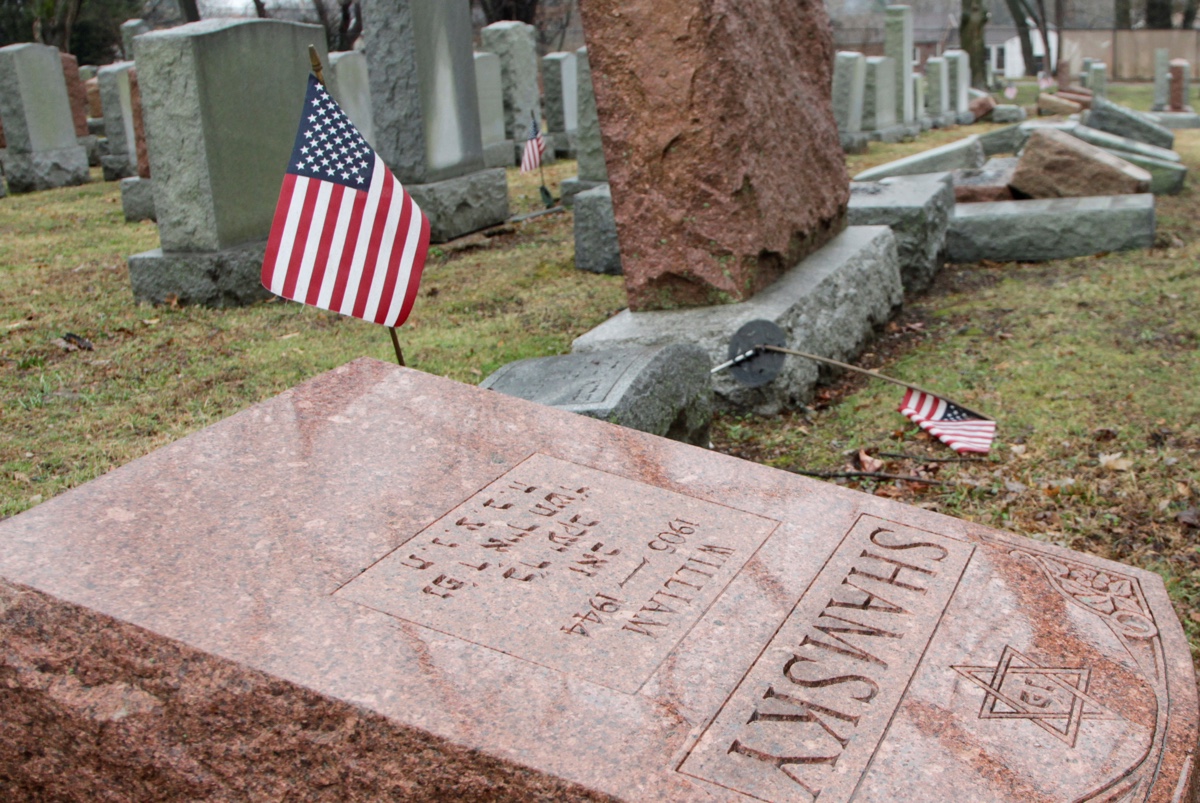 Anti-Semitic attacks rose faster in 2017 than any time in the past 40 years, The Anti-Defamation League today said.

The group reported a 57 percent jump in anti-Semitic incidents in the USA last year. This is the highest number of such hate acts the Jewish civil rights group has counted in over two decades, according to data released Tuesday.

"In an environment in which prejudice isn't called out by public figures, figures of authority, we shouldn't be surprised when we see young people repeat these same kind of tropes," said ADL's chief executive.

The New York City-based organization found 1,986 anti-Semitic incidents last year, up from 1,267 in 2016. That’s the highest total since 1994 and the largest single-year increase since the group began collecting this data in 1979.


The ADL said the sharp rise includes 952 vandalism incidents, an increase of 86 percent from 2016. The group also counted 1,015 incidents of harassment, a 41 percent increase from 2016.


ADL national director and CEO Jonathan Greenblatt said the “alarming” increase appears to be fueled by emboldened far-right extremists as well as the “divisive state of our national discourse.”


“Less civility has led to more intolerance,” he told The Associated Press.


Anti-Semitic incidents at schools and on college campuses nearly doubled for the second year in a row, with 457 such incidents reported in non-Jewish schools last year, the ADL report says.

In a note about its methodology, ADL said, “ADL is careful to not conflate general criticism of Israel or anti-Israel activism with anti-Semitism. However, Israel-related harassment of groups or individuals may be included when the harassment incorporates traditional anti-Jewish references, accusations and conspiracy theories. Also included are cases of picketing of Jewish religious or cultural institutions for purported support for Israel.”

PHOTO: [Reuters] An American flag still stands next to one of over 170 toppled Jewish headstones after a weekend vandalism attack on Chesed Shel Emeth Cemetery in University City, a suburb of St Louis, Missouri, U.S. February 21, 2017.

"Less civility has led to more intolerance," - @JGreenblattADL on the rise of anti-Semitic incidents in 2017. https://t.co/97Xh1v9HUi

Anti-Semitism may be the oldest hatred, but it is deeply felt today. 2017 had the second highest number of anti-Semitic incidents since we began keeping track. At @ADL_National, we will never give up on our important work to ensure our communities are safe for each and every one. https://t.co/cRFnxnuuLm

A school is no place for acts of hate. Our yearly report on anti-Semitism is out with startling findings on the rise of anti-Semitic incidents in the US: https://t.co/pZrpwaRYei pic.twitter.com/0WKPgrfXPr