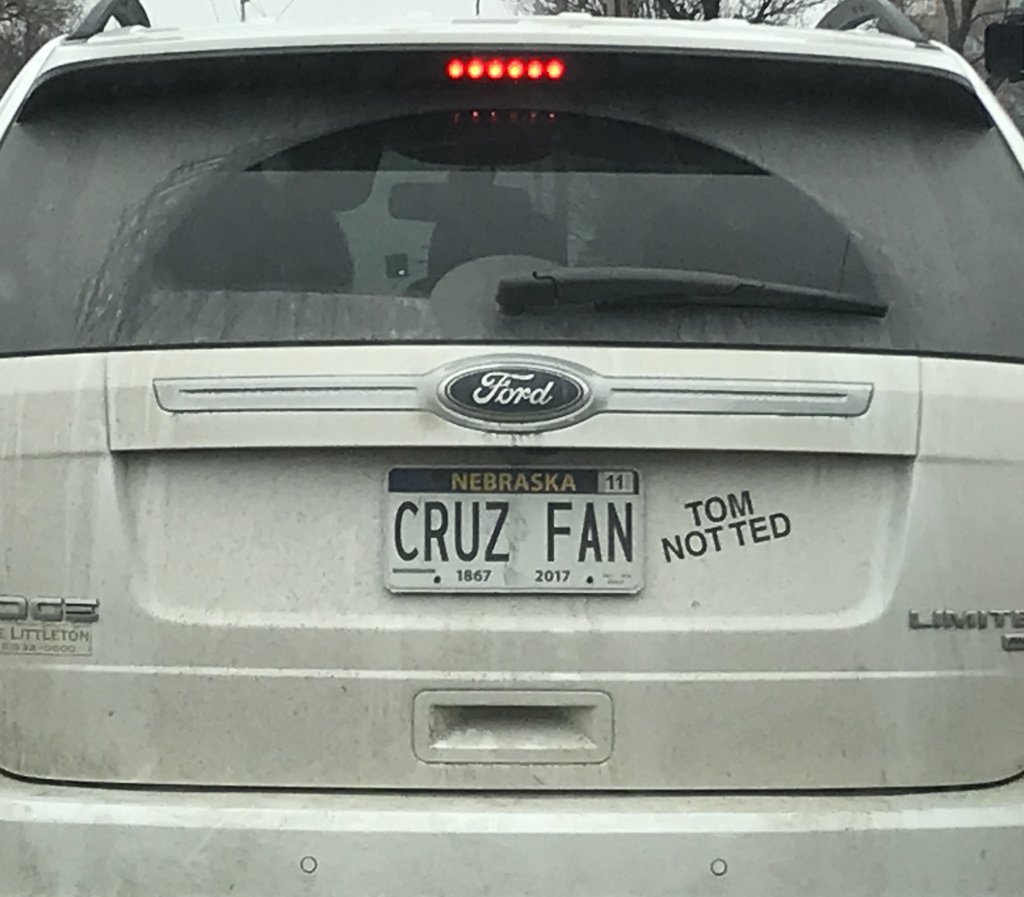 This week's most widely-lifted viral image is this delight from a car owner whose vanity plate, "Cruz Fan," has evidently led to embarassing misapprehensions in our new golden age of loony conservatives in government. I have no idea who the owner or the photographer were, sadly. I would love to credit both the particle and the observer for generating this tiny quantum of joy.