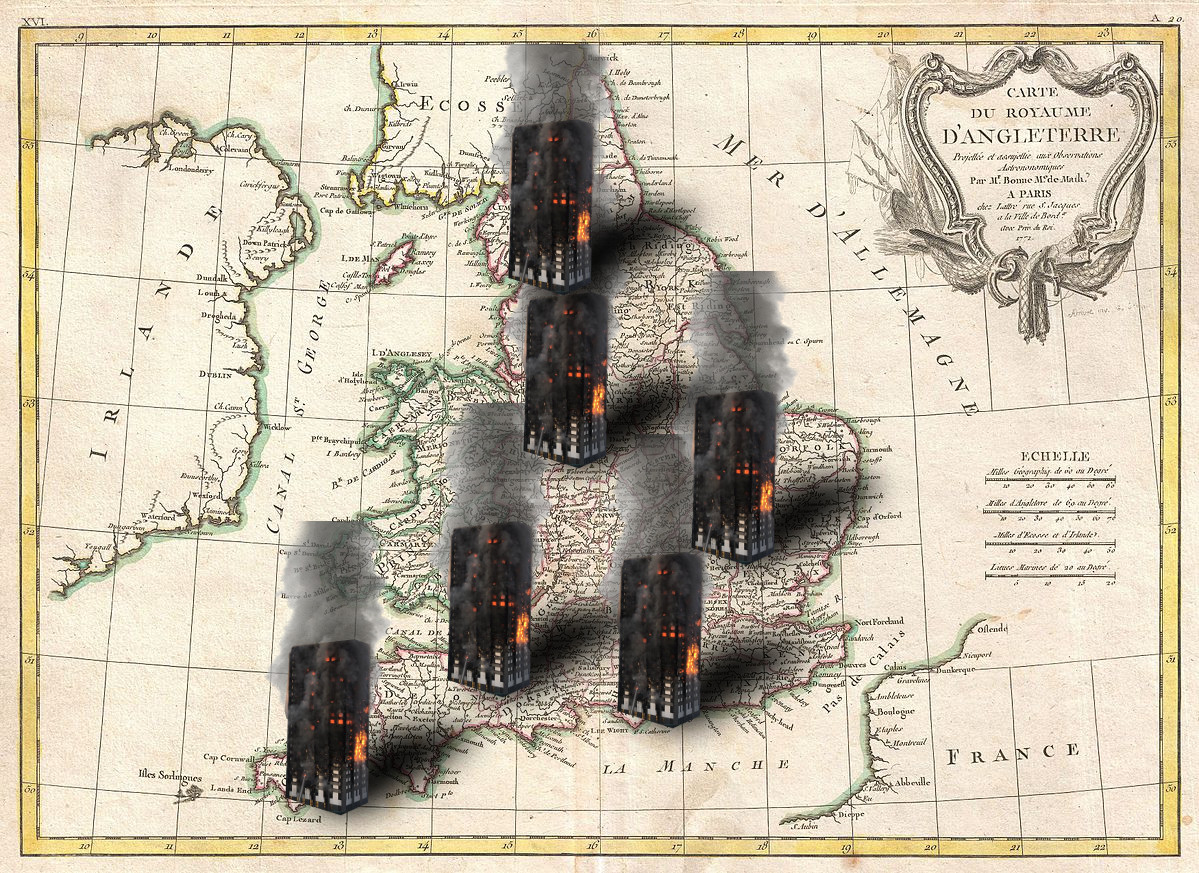 The lethal fire at Grenfell tower had many proximate causes, not least the defeat of a bill in Parliament that would have required landlords to render their properties safe and habitable, voted down by Tory MPs who are overwhelmingly landlords themselves.

After the fact, there were promises to make it right for other people living in buildings that had been clad in the same flammable materials as Grenfell, but it has been a shambles. First there were the ill-defined "intellectual property rights" that prevented disclosure of the list of similarly situated buildings, then local governments awarded the contracts to replace the cladding to the same firms that had recommended installing it in the first place, turning their negligence into a massive payday.

Despite these windfall profits, the firms who have been paid to remove the cladding have been slow-walking the work, leaving many buildings exposed to risks of fire, especially arson -- but we don't know how many, because local governments have declared the list of such buildings to be a secret due to the threat of terrorism and arson, and at least one council is refusing to release the names of the owners of their flammable buildings out of fear that the tenants living in their deathtraps might physically attack their landlords (the councils also candidly admit that they fear being sued by these tenants, and also that news about the cladding might lower property values and harm speculators' interests).

The local authority in Slough says that at least one of the combustibly clad properties has been attacked by arsonists "several times."

Slough borough council refused to release detailed information about affected buildings, citing the government’s “concerns that vulnerable buildings could become a target for terrorist activity”. It said there was a “real and significant risk” of repeat attacks.

In the London borough of Islington, 44 buildings remain under investigation and seven have been confirmed as clad in flammable panels. The council would not say where the buildings were because “in the wrong hands the information could be used by arsonists/terrorists”.

Some officials are also worried landlords might be attacked by angry residents. Wandsworth council in south London said releasing information “may allow an individual building owner to be found by other individuals intent on harming them”...

The London borough of Lambeth said it was worried about being sued by owners who may suffer a fall in demand for their flats. There are understood to be between four and nine such blocks in the borough. It added: “It is not in the public interest to provide information if to do so would mean that the council had to pay a significant amount in compensation to third parties from the public purse.”