Have a sex secret? "Get Cohen on the phone" 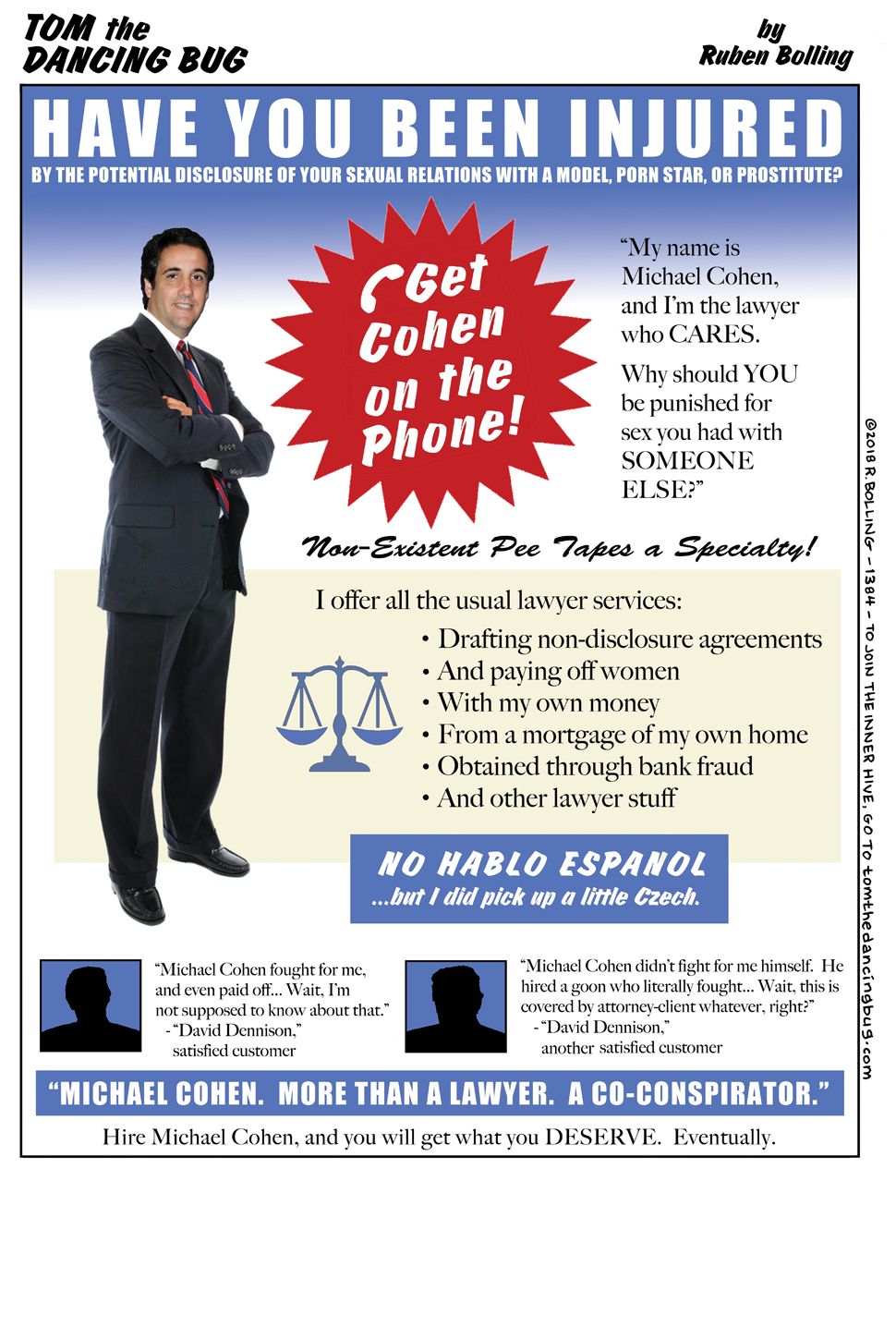 Tom the Dancing Bug, IN WHICH brilliant legal mind Michael Cohen advertises his services: Got Sex Secrets? Get Cohen on the Phone!