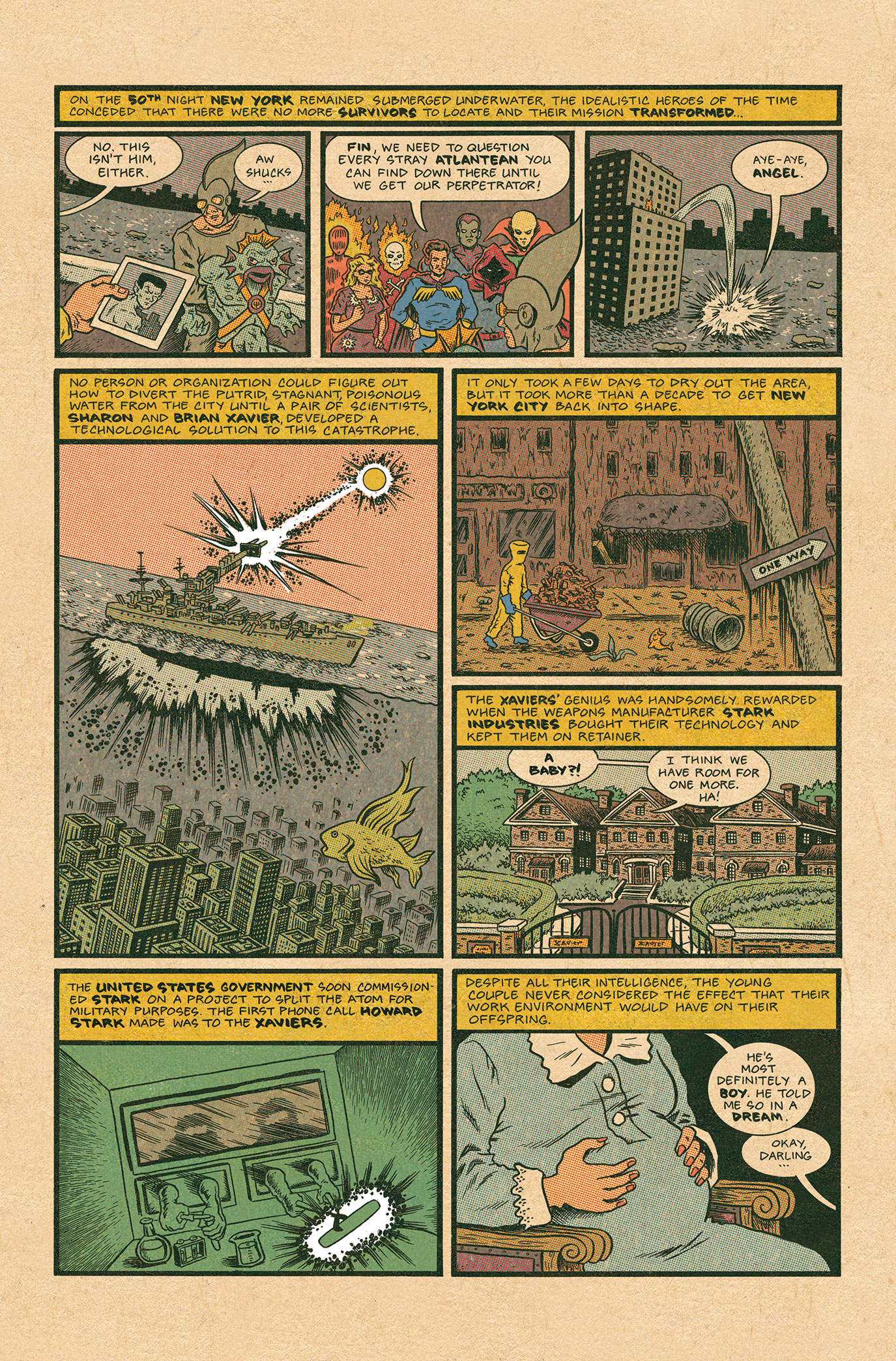 Panel 4: The battleship floating over the submerged city, absorbing solar energy to then evaporate the water was a fun challenge to compose and I can live with the resulting illustration. As an artist, the beauty of such a project is that it really stretches one’s drawing chops with all that’s required. One page is World War II imagery. The next page is Egypt. The page after that is a superhero battle in New York City—you get the picture.

Longtime Marvel fans will notice what looks to be an AIM agent in panel 5. I kinda wanted to suggest that perhaps the AIM terrorist organization is dealing in government surplus when doing weapons deals with super villains. Or maybe AIM even had some interest in getting NYC back on it's feet to make for future plundering opportunities?

Panel 6 & 7 mentioning Howard Stark is a bit of admitted fan-service, but why wouldn’t Tony “Iron Man” Stark’s father have some business ties with Charles Xavier’s folks?

The last panel is the product of a creepy idea that came to mind late one night before I officially started working on the project. What if Professor X’s psychic rapport ability began with him while still inside his mother's womb. I didn’t want to sell the creep-factor of what I saw in my mind’s eye with the final page because I want X-Men: Grand Design to feel more magical than grim.