Sarah Huckabee Sanders: “At some points Democrats have to decide whether they love this country more than they hate this president.” 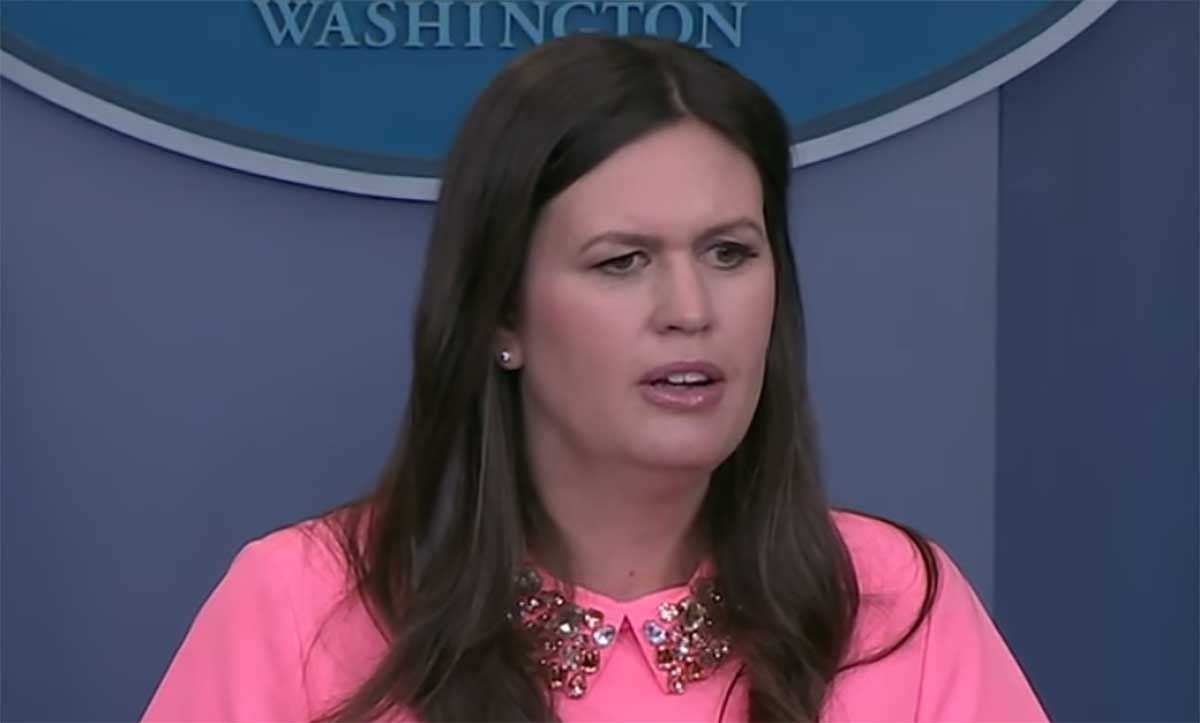 .@PressSec: “At some points Democrats have to decide whether they love this country more than they hate this president.” pic.twitter.com/gVQPfDSZ0B

Trump's press secretary went on Fox News and used the old logically flawed rhetorical trick, "If only my enemy loved X more than it hated Y then everything would be swell," to complain about congressional reluctance to confirm CIA director Mike Pompeo for secretary of state. Her exact words were "At some points Democrats have to decide whether they love this country more than they hate this president."

Pompeo, a former tea party congressman from Kansas, would make a lousy secretary of state. He wants to bomb Iran, wants nothing to do with the Paris climate accord, says American Muslim leaders were “potentially complicit” in the Boston Marathon bombing, says politics is “a never-ending struggle … until the rapture,” and once cited, verbatim, a sermon delivered by Rev. Joe Wright to the Kansas State Legislature: “America had worshipped other Gods and called it multiculturalism. We’d endorsed perversion and called it an alternative lifestyle.”

It's no surprise that the Fox News hosts happily fell for Sanders' idiotic either-or trick, but most people are smart enough to know that it's possible to intensely dislike Trump and love their country at the same time. Here's a tweet from one such person:

At no time did I ever see you over there. I never saw a Trump either.

Trump worked with Russia to undermine our democracy. You're cool with it.

We aren't. Fuck you. https://t.co/rvQLZHgMJl