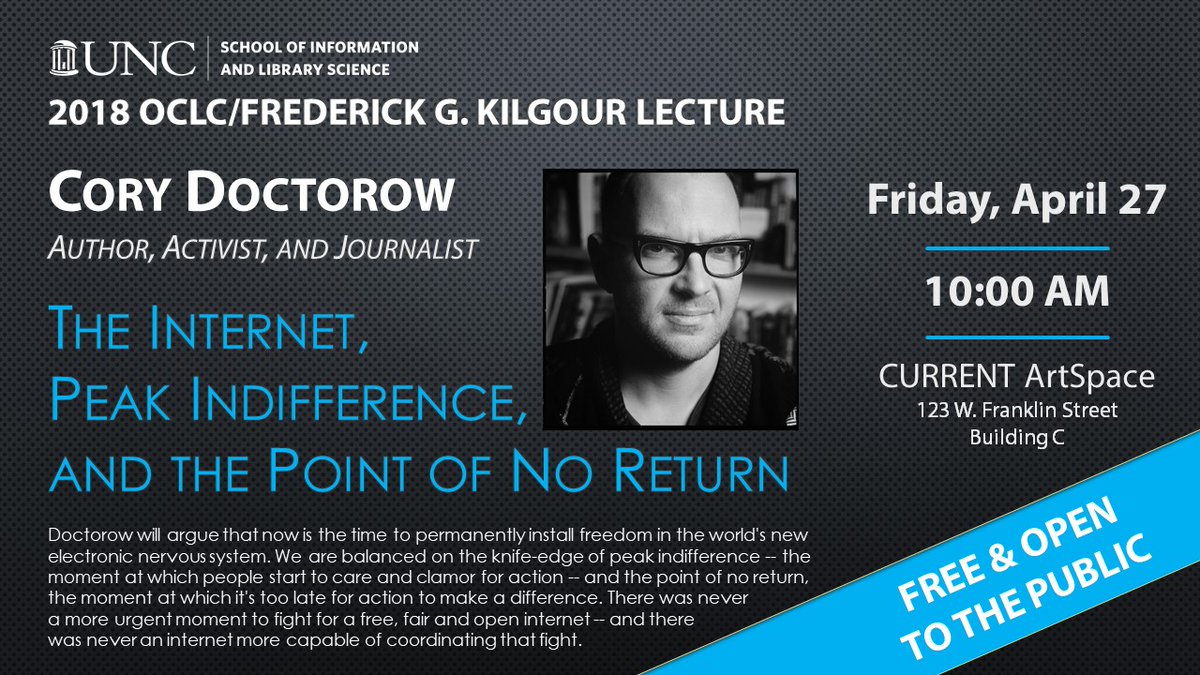 I'm delivering the annual Kilgour lecture tomorrow morning at 10AM at UNC, and I'll be speaking at Flyleaf Books at 6PM -- be there or be oblong!

Also, if you're in Boston, Waterloo or Chicago, you can catch me in the coming weeks!.

Abstract: For decades, regulators and corporations have viewed the internet and the computer as versatile material from which special-purpose tools can be fashioned: pornography distribution systems, jihadi recruiting networks, video-on-demand services, and so on.

But the computer is an unprecedented general purpose device capable of running every program we can express in symbolic language, and the internet is the nervous system of the 21st century, webbing these pluripotent computers together.

For decades, activists have been warning regulators and corporations about the peril in getting it wrong when we make policies for these devices, and now the chickens have come home to roost. Frivolous, dangerous and poorly thought-through choices have brought us to the brink of electronic ruin.

We are balanced on the knife-edge of peak indifference -- the moment at which people start to care and clamor for action -- and the point of no return, the moment at which it's too late for action to make a difference. There was never a more urgent moment to fight for a free, fair and open internet -- and there was never an internet more capable of coordinating that fight.