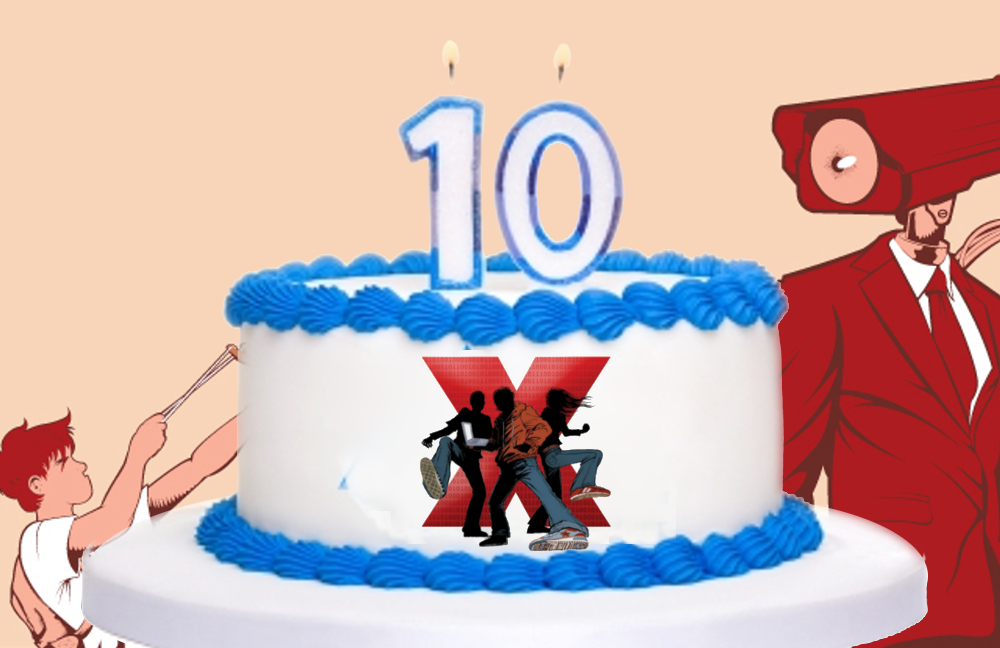 It's been ten years since the publication of my bestselling novel Little Brother; though the novel was written more than a decade ago, and though it deals with networked computers and mobile devices, it remains relevant, widely read, and widely cited even today.

In an essay for Tor.com, I write about my formula for creating fiction about technology that stays relevant -- the secret is basically to assume that people will be really stupid about technology for the foreseeable future.

And now we come to how to write fiction about networked computers that stays relevant for 12 years and 22 years and 50 years: just write stories in which computers can run all the programs, and almost no one understands that fact. Just write stories in which authority figures, and mass movements, and well-meaning people, and unethical businesses, all insist that because they have a *really good reason* to want to stop some program from running or some message from being received, it *must* be possible.

Write those stories, and just remember that because computers can run every program and the internet can carry any message, every device will someday be a general-purpose computer in a fancy box (office towers, cars, pacemakers, voting machines, toasters, mixer-taps on faucets) and every message will someday be carried on the public internet. Just remember that the internet makes it easier for people of like mind to find each other and organize to work together for whatever purpose stirs them to action, including terrible ones and noble ones. Just remember that cryptography works, that your pocket distraction rectangle can scramble messages so thoroughly that they can never, ever be descrambled, not in a trillion years, without your revealing the passphrase used to protect them. Just remember that swords have two edges, that the universe doesn't care how badly you want something, and that every time we make a computer a little better for one purpose, we improve it for every purpose a computer can be put to, and that is all purposes.

Just remember that declaring war on general purpose computing is a fool's errand, and that that never stopped anyone.