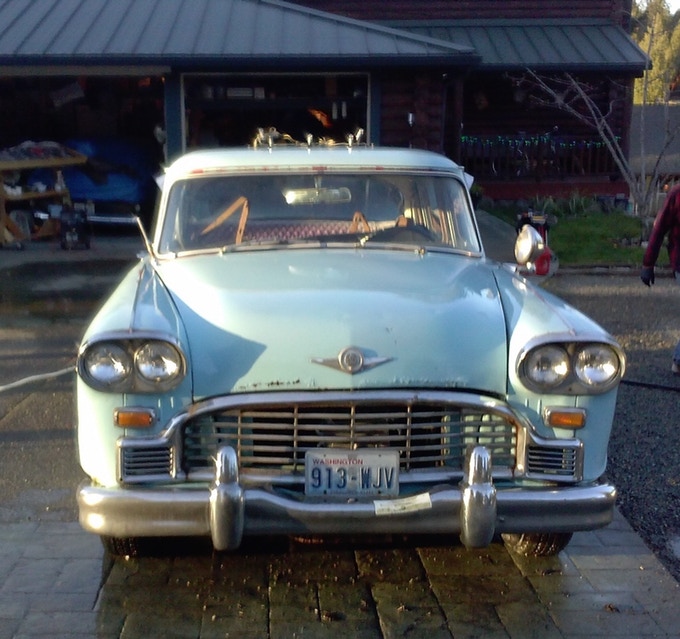 The cab will be mechanically sound with a visually pleasing exterior and clean, comfortable interior, offering passengers an unforgettable, one-of-a- kind experience. It will be an iconic Seattle car, recognizable to many as it travels throughout the neighborhoods of the Emerald City with passengers in tow.

As Miss Direction, I will conduct the Checker Cab Ride Service an average of once a week.

Also, when she isn't driving around complete strangers, this positive deviant can be found making beautiful, thick glassware (what she calls "Wileyware"). In fact, for the campaign, she's made some cool Checker Cab-themed pieces as donor rewards. Take a look.