High school students who will not smile in the hallways are sent to mandatory counselling, while bullying is rampant 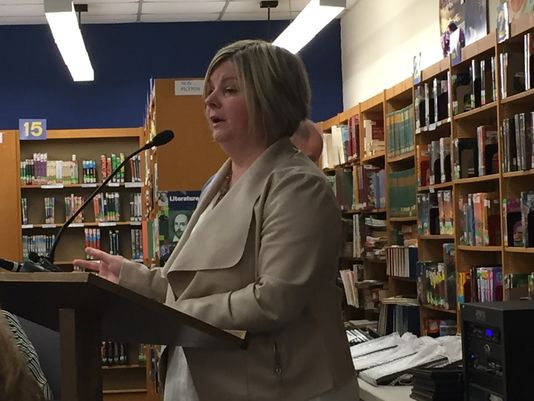 High school students in Pennsylvania's Northern Lebanon School District report that they are not allowed to walk through their schools' hallways unless they smile; if they refuse they are sent for mandatory counselling.

The students who report that they were ordered to smile or face consequences also say that the same administrators failed to follow up on their complaints about in-school and online bullying by fellow students.

Teachers also complain that the administration does not consistently follow up on their disciplinary complaints about students; but they report that school administrators are extremely vigilant about punishing students who question their own authority.

The school administration is embroiled in a scandal over reports that they played catch with a "sex toy" that had been used for "hazing," after hours, on school property.

They mentioned three different parents who told stories about their daughters being sexually harassed, and they said that Hassler asked each of the girls the same question: “What can you do to be less of the problem and more of the solution?”

One girl was touched on her buttocks by another student and it made her feel uncomfortable, according to one parent, who wished to remain anonymous so their daughter would not be singled out.

Her parents told her to tell the principal, but when she did so Hassler told the student she should get a tighter sports bra and stop wearing jeggings, the parent said. Hassler told her she should be part of the solution and not part of the problem. The girl was 12 at the time of the incident.