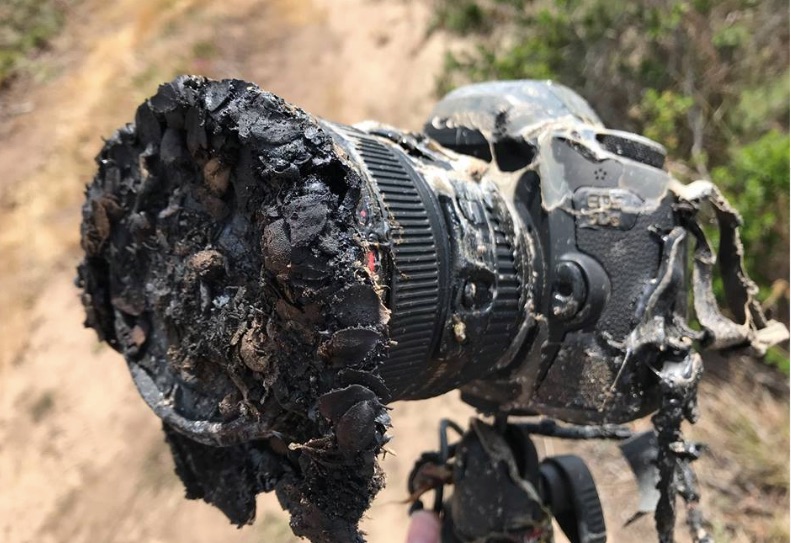 Senior NASA photographer Bill Ingalls apparently set up his Canon EOS 5DS at an unlucky spot near yesterday's SpaceX rocket launch. He placed it outside the pad perimeter yet the launch sparked a small brush fire that cooked the camera. "I had many other cameras much closer to the pad than this and all are safe," Ingalls wrote.

Fortunately, the SD cards didn't melt and he was able to access the final photos taken by the camera before its untimely death. Two of them are below.