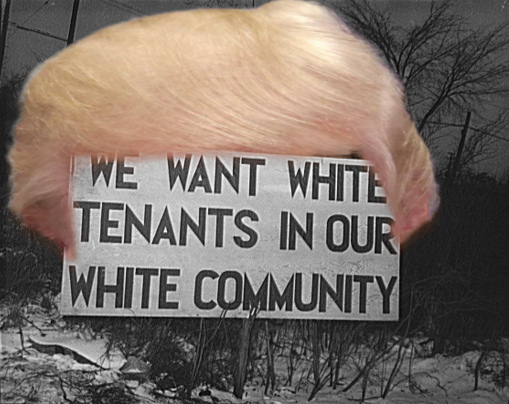 A working paper from a pair of political scientists analyzed World Values Survey data to trace the rise of support for authoritarianism in America to a growing sense among white people that democracy's commitment to giving everyone a vote would soon erode their privilege, as the growing population of racialized people started to vote for fairer policies.

They're echoing Peter Thiel's frank admission that "freedom" (the right to amass unlimited power and wealth) is incompatible with "democracy" (the right for everyone to vote, even the people who will cease to sell you their blood if they can secure a wage that allows them to keep it for themselves).

The conclusions are based on surveys of attitudes well before the Trump election, because Trump is the result of this phenomenon, not the cause of it.

One important measure that is not included in the study is the role that inequality plays in the rise of support for racist authoritarianism. Neoliberalism's core tenet is that we "can't afford" to see to it that everyone is housed, fed, educated and cared for, and that any suggestion that this is in reach given policies that seek broadly shared prosperity instead of a Gilded Age aristocracy is "unrealistic," "socialistic" and "unworkable."

But it seems obvious to me that any anxiety about losing privilege will be sharpened and magnified if you believe that the underprivileged face homelessness, hunger, ignorance and suffering due to preventable illnesses. As security for life's essentials has been withdrawn since the Reagan years, the sense that we're playing a game of musical chairs that ends with the least-privileged flat on their asses has only mounted. White privilege gave you a better shot at getting one of those chairs, so losing white privilege in an age of neoliberal austerity is a lot worse than losing it during (say), the more widely shared prosperity enjoyed during the justice struggles of (say) 1968.

"The GOP has dug itself into such a hole on this that the most practical effort to stave off these impending losses is to disenfranchise the votes of the same ethnic/racial outgroups against whom GOP messaging has been stoking animosity," Miller tells me. A party built on demonizing and attacking marginalized people is a party that will have to disenfranchise those same people if it is to survive.

Blaming authoritarianism on partisanship suggests that both sides are equally to blame for the erosion of democratic norms. But greater commitment to abortion rights and free healthcare in the Democratic party isn't a threat to the foundations of democracy. The growing concentration of intolerant white voters in the GOP, on the other hand, has created a party which appears less and less committed to the democratic project. When faced with a choice between bigotry and democracy, too many Americans are embracing the first while abandoning the second.

"Social intolerance isn't just leading to GOP support as we know it and see it now," Miller says. "It's leading to preferences in favor of the kind of candidate the GOP ultimately nominated and supported for president." In embracing the politics of white identity, then, the GOP made a Trump possible — and is likely to make more Trump-like candidates successful in the future.