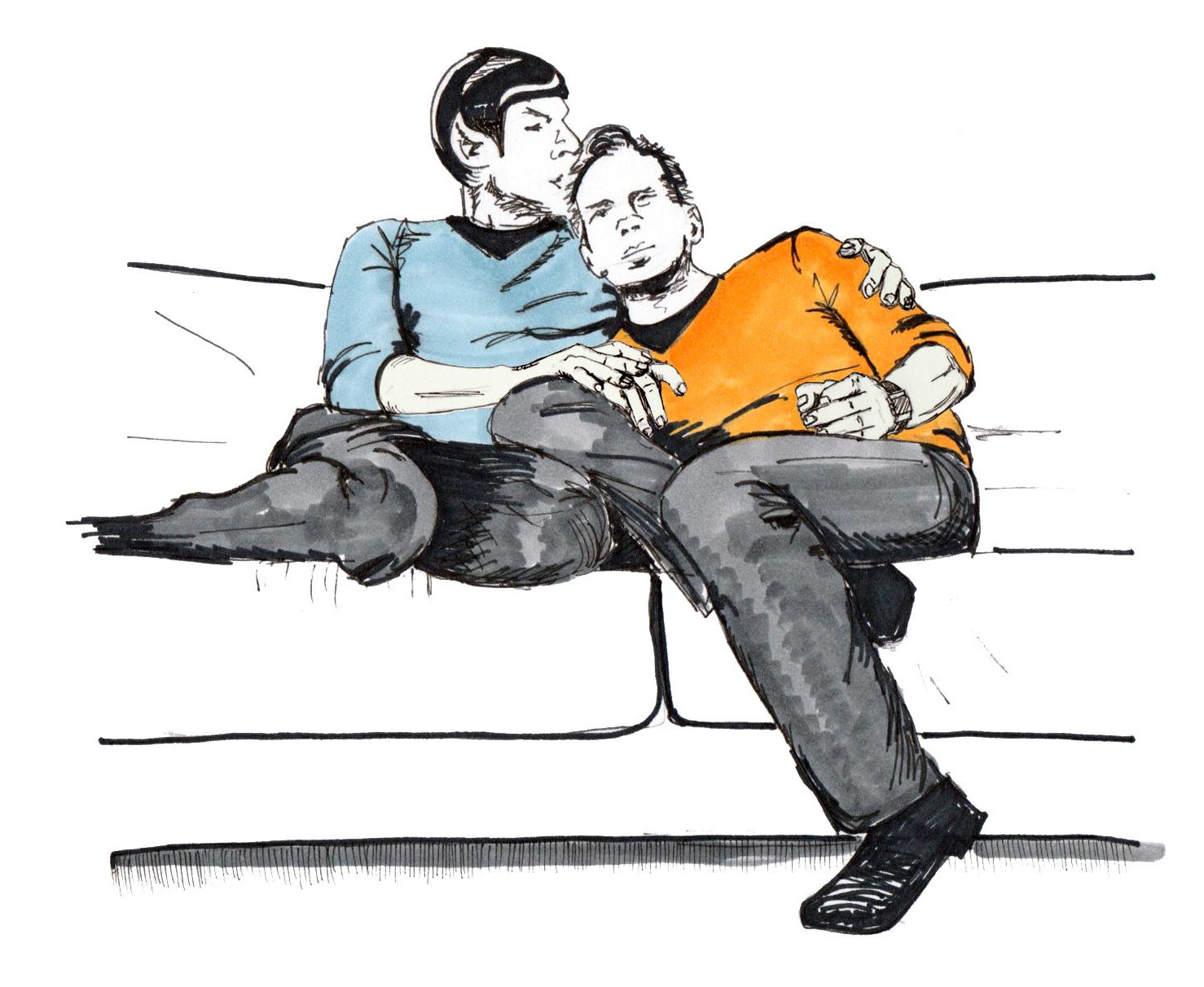 Andy W writes, "An artist/illustrator friend of mine just put an illustration of hers up on RedBubble — two iconic science-fiction television characters sharing a tender moment on the couch."