Giuliani says even if Trump murdered Comey he can't be indicted 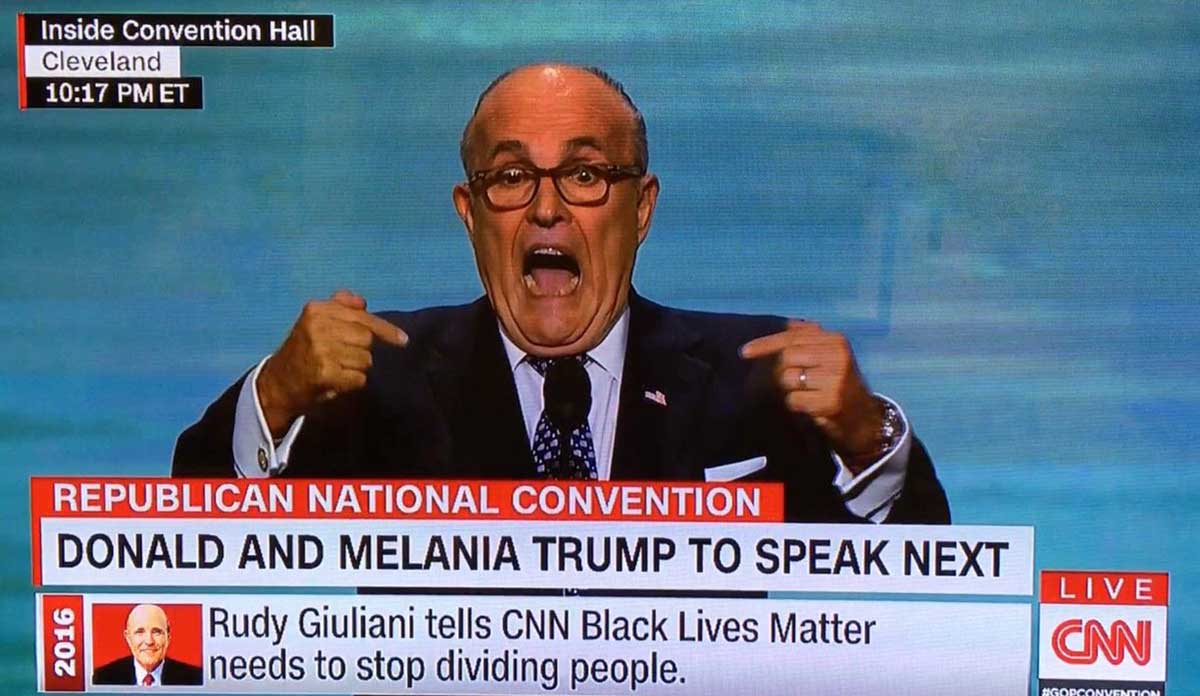 Donald Trump can't be indicted for anything, including murder, says his attorney, Rudy Giuliani. The former federal prosecutor told Huffington Post that, "In no case can he be subpoenaed or indicted. I don't know how you can indict while he's in office. No matter what it is," adding, "If he shot James Comey, he'd be impeached the next day. Impeach him, and then you can do whatever you want to do to him."

But would Congress really impeach Trump for murdering someone? McConnell and Ryan would simply say, "The last thing we need to do is get bogged down with impeachment proceedings. Let's not let this unfortunate incident get in the way of making America great again."

Norm Eisen, the White House ethics lawyer under President Barack Obama and now a senior fellow at the Brookings Institution, said the silliness of Giuliani’s claim illustrates how mistaken Trump’s lawyers are about presidential power.

“A president could not be prosecuted for murder? Really?” he said. “It is one of many absurd positions that follow from their argument. It is self-evidently wrong.”

Eisen and other legal scholars have concluded that the constitution offers no blanket protection for a president from criminal prosecution. “The foundation of America is that no person is above the law,” he said. “A president can under extreme circumstances be indicted, but we’re facing extreme circumstances.”