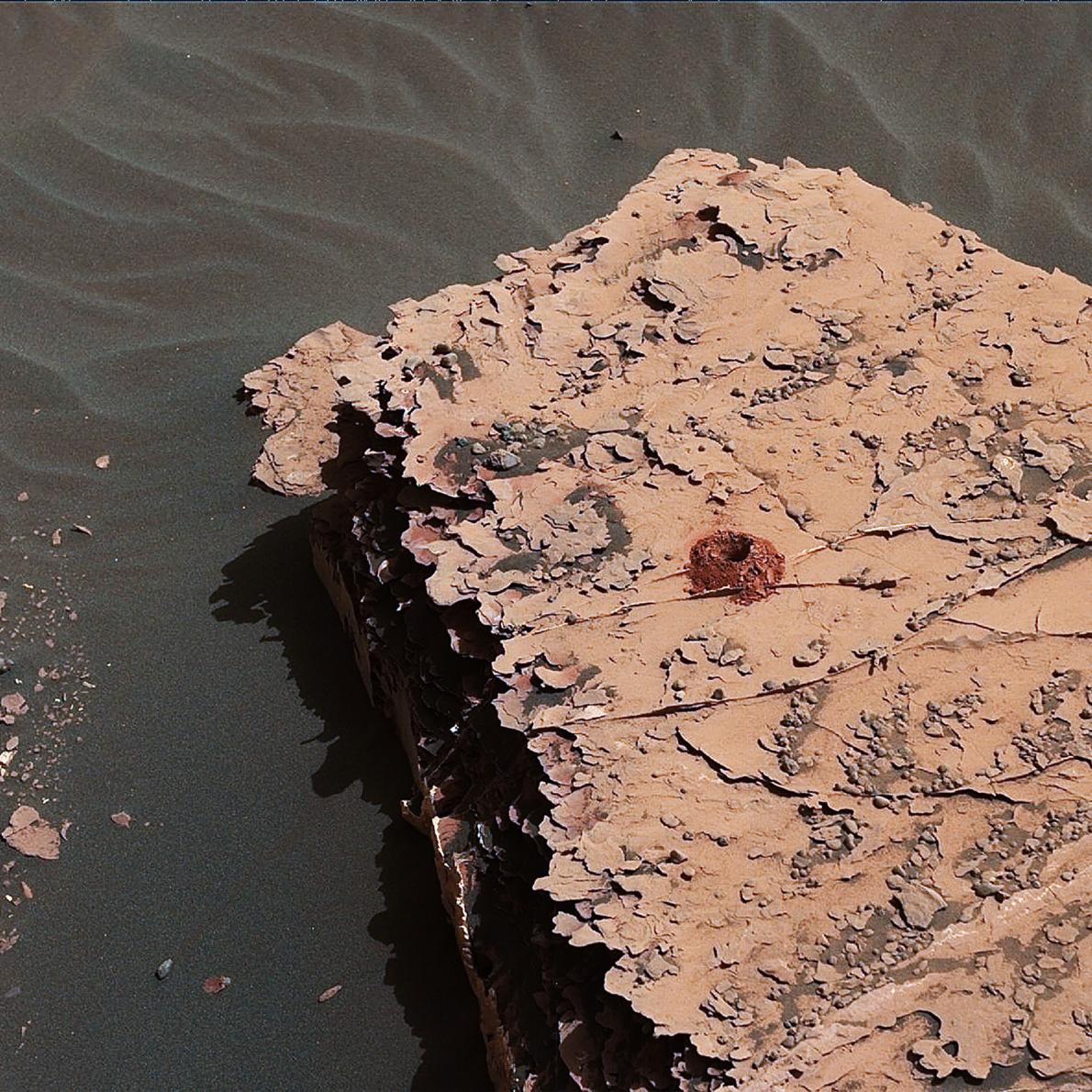 NASA's Mars rover Curiosity has dug up organic molecules, the raw building blocks of life. The robot drilled out the organic carbon samples from 3-billion-year-old sediments in Mars’s Gale Crater that was once filled with water. From the New York Times:

That does not prove that life has ever existed on Mars. The same carbon molecules, broadly classified as organic matter, also exist within meteorites that fall from space. They can also be produced in chemical reactions that do not involve biology.

But the discovery, published on Thursday by the journal Science, is a piece of the Mars puzzle that scientists have long been seeking. In 1976, NASA’s two Viking landers conducted the first experiments searching for organic matter on Mars and appeared to come up empty.

“Now things are starting to make more sense,” said Jennifer L. Eigenbrode, a biogeochemist at NASA’s Goddard Space Flight Center in Greenbelt, Md., and lead author of the Science paper. “We still don’t know the source of them, but they’re there. They’re not missing any more.”

"Life on Mars? Rover’s Latest Discovery Puts It ‘On the Table’" by Kenneth Chang (NYT)