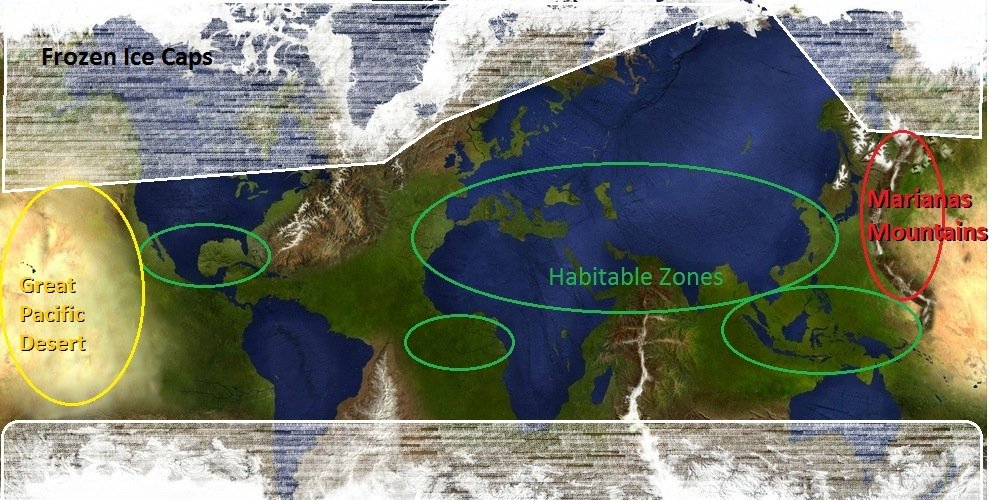 You've likely seen maps of the earth with land and sea inverted, where Asia becomes the world's greatest ocean and the Pacific a vast, sprawling continent. But high school geography teacher John M Adams took it a step further and explained what it would be like to live in this parallel world. The Marianas Mountains make the Himalayas look like a traipse up Scafell Pike...

Whereas Earth’s land averages 840 meters above sea level, New Earth averages a breathtaking 3,700 meters altitude. The highest point is Mt. Challenger in the Marianas Mountain Range (10,994 meters). Many Marianas peaks are unscalable due to the lack of oxygen ...

maps / science fiction / what if?

Trump denies, then confirms he hid in 'secure bunker' this weekend as protests raged near White House

Impeached president Donald Trump on Wednesday first denied, then confirmed (it’s a pattern!) that he fled to a secure bunker beneath the White House this past weekend, as Black Lives Matter/George Floyd protests raged nearby and heavily armed law enforcement assaulted peaceful protesters and credentialed journalists.