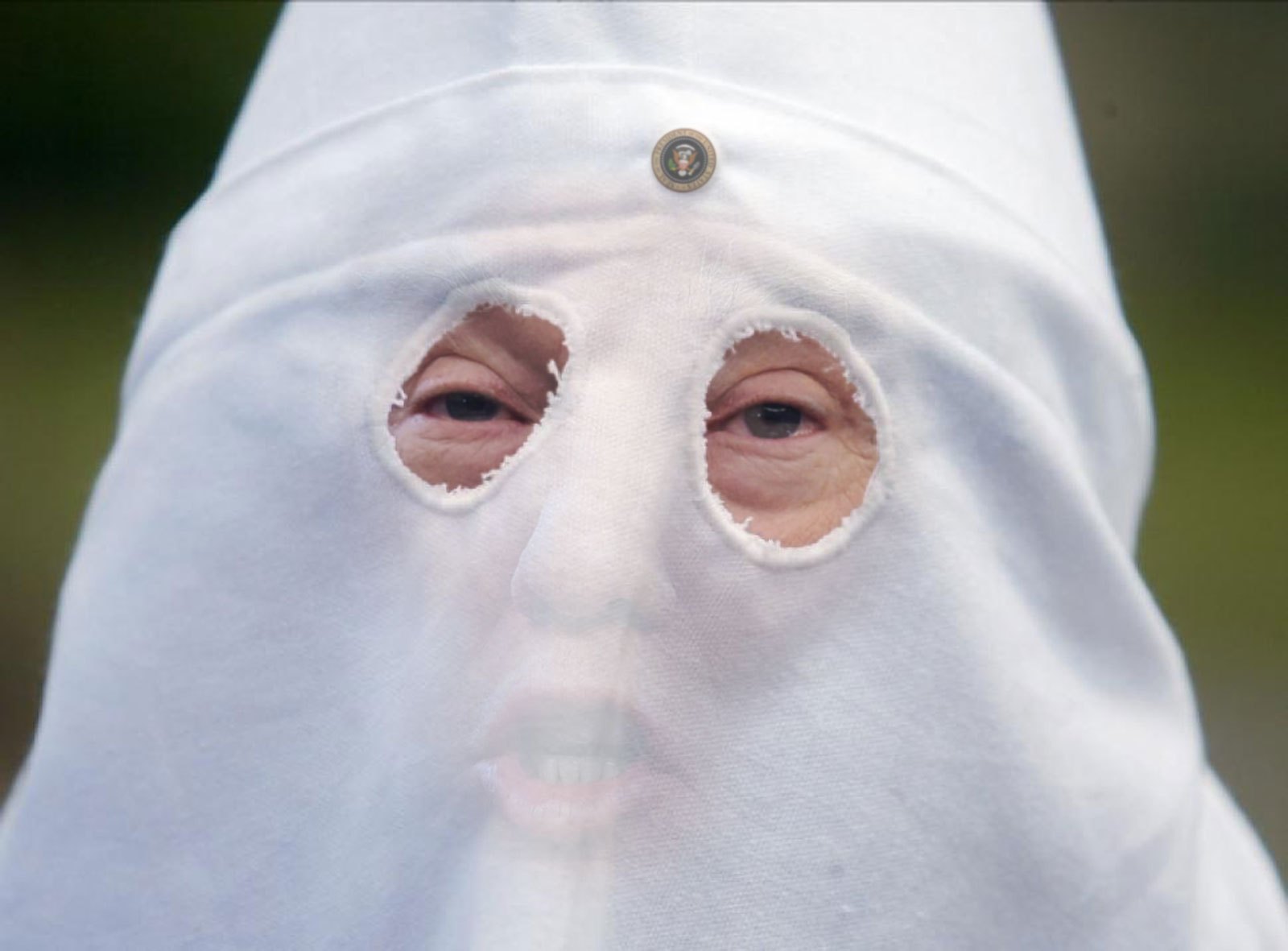 Remember when the words "shithole country" erupted from Trump's oozing, racist mouth-hole? Yeah, so does everyone else.

The remarks have proven particularly useful for immigration advocates who are suing the Trump regime over its policy of revoking Temporary Protected Status from 200,000 brown people from four countries who are lawfully resident in the USA.

At the first hearing last week at a US District Court in San Francisco, ACLU Southern California legal director Ahilan Arulanantham argued that "shithole country" was evidence that the Trump regime's ethnic cleansing program "was motivated by its racism against non-white, non-Europeans immigrants," and "That racist motivation was obvious from a number of statements that this president and others in the administration made, including about TPS holders specifically."

Trump made his “shithole” remark during a reportedly contentious January 2018 meeting with lawmakers in the Oval Office to discuss the terms of a potential bipartisan deal to resolve the status of 800,000 young immigrants protected from deportation by the Obama administration’s Deferred Action for Childhood Arrivals program. Over the course of the conversation, Sens. Dick Durbin, D-Ill., and Lindsay Graham, R-S.C., proposed ending the visa lottery program in exchange for extending the duration of TPS protections for current TPS holders from countries like El Salvador, Honduras, and Haiti.

“Why do we need Haiti?” Trump interjected, rhetorically, according to reports. “Take them out.”

When immigration from African countries came up, Trump complained, “Why are we having all these people from shithole countries come here?” He then suggested bringing immigrants to the United States from Norway, a country that, many observers noted, is overwhelmingly white.

Nielsen was reportedly in the room when the president made the remarks.