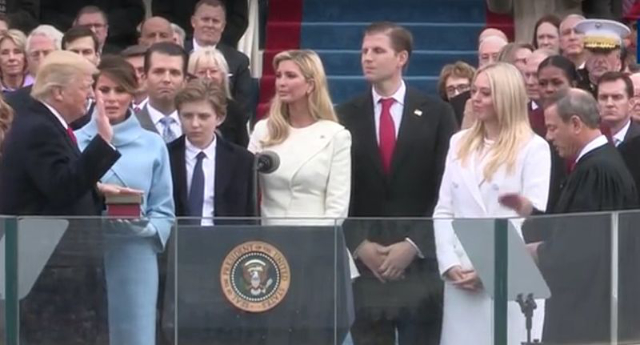 Daniel Ortega’s been in office as the President of Nicaragua for 11 years. To get there, he ran for the position from 1990 until 2007. It was with a promise to improve the lives of the poor, to end the rampant corruption that infected Nicaragua’s political elite. Ortega came from a poor family, that was well known for being unable to pay the rent on the flats where they lived. The Ortegas moved from place to place, pushed out for not paying their way until there was nowhere in the area that they lived in where anyone would take them in. In 1967, Ortega was sent to prison for bank robbery. Unlike the leaders of the current American administration, he grew up in poverty. He understands what it’s like to be poor. It apparently doesn’t matter.

Just like someone else you may know, Ortega’s initial presidential win was called into question, due to the fact that he was ragingly unpopular with the people of his nation: he won 37% of the total vote, with the remaining votes eaten up by other political factions too much in love with the smell of their own stink to get their shit together and do something just for their country.

Ortega’s government is the very model of cronyism. His wife plans on running to become Vice President of Nicaragua to Ortega’s position of head honcho in the country’s upcoming presidential elections, despite the fact that her doing so, as the sitting President’s wife, is against the nation’s constitution. It’s said that Ortega has accumulated a massive fortune through tax evasion, bribes and kickbacks since coming into office.

If this doesn’t smack of something familiar yet, maybe this will bring it home.

In order to eliminate any dissent against President Daniel Ortega’s quest for his third term, the Nicaraguan Supreme Electoral Council recently dismissed 28 opposition legislators (16 members and 12 alternate members) from Congress.

The Congressmen belong to the Independent Liberal Party (PLI) and its ally, the Sandinista Renovation Movement. They were dismissed for refusing to comply with the Supreme Court’s appointment of Pedro Reyes, one of President Ortega’s “unconditional” politicians, as the new PLI president.

With this arrangement, and Ortega’s immediate announcement of Rosario Murillo as his running mate, all the formalities and pillars of representative democracy in the Central American nation have been weakened.

Family members are serving as members of the government. The poor being openly preyed upon to serve the needs of the rich. Violence in the name of the status quo. Paramilitaries, supported by official agencies in the name of maintaining a stranglehold on power. This is how a dictatorship rolls. It’s happening in Nicaragua right now. While the cadence of events may be different, it’s beginning to happen here, too.