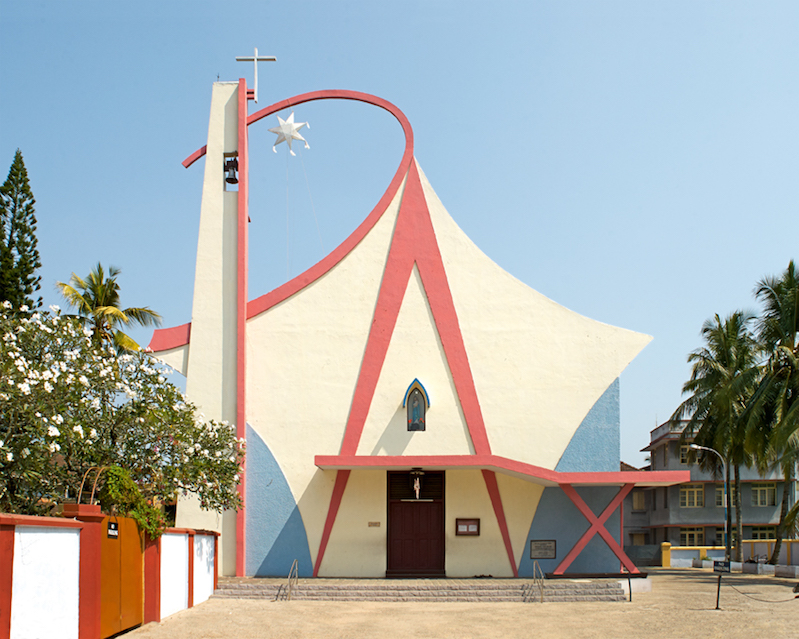 Postcolonial Enlightenment is an exhibition of churches and movie theatres that were built in the wake of independence in 1947, with a bold new aesthetic in mind. As the curators describe:

Soon after independence in 1947, the young India stylistically tried to liberate itself from the subjugation of Indian culture to traditional colonial architectural styles. This resulted in unique hybrid designs. In them, the simplicity of modernity, elements of Art Deco and regional Indian and religious decors with intense colors and exuberant decorations merge astonishingly together.