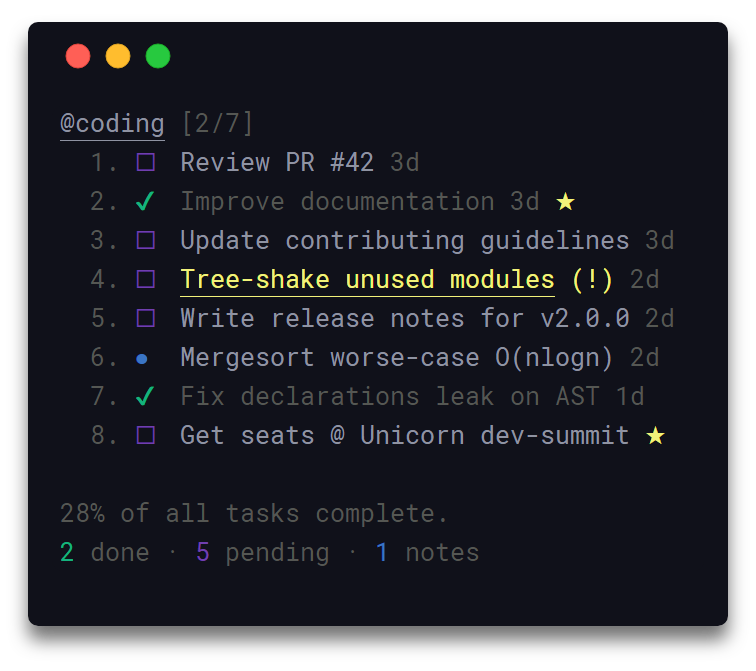 So you like Trello but like your terminal even more? Taskwarrior and Taskbook are apps for task management and note-taking that live in the dark space of pure text. From Taskbook's homepage:

By utilizing a simple and minimal usage syntax, that requires a flat learning curve, taskbook enables you to effectively manage your tasks and notes across multiple boards from within your terminal. All data are written atomically to the storage in order to prevent corruptions, and are never shared with any third party entities. Deleted items are automatically archived and can be inspected or restored at any moment.

I am very fond of high-quality single-purpose text apps, the sort that only require keyboard input. Yes, there is the whiff of empty rustic nostalgia about it, but I'm too young to have ever used textmode apps in a way anyone would be nostalgic about (first PC: 1996) so I can confidently say it's the empty faddish minimalism that appeals to me.