Review: Bose's Noise-Masking Sleepbuds would be great if my brain would let me enjoy them 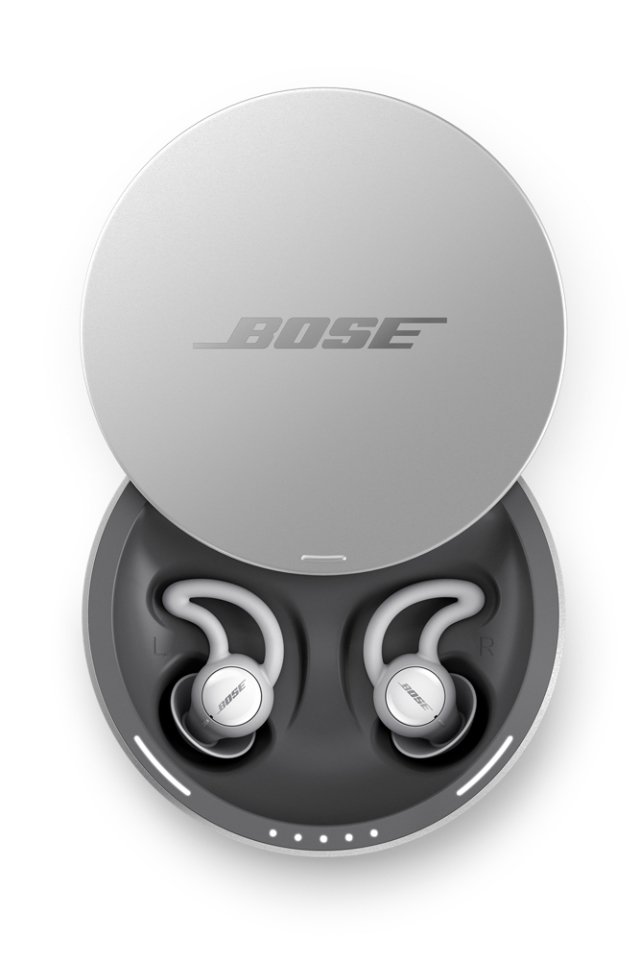 Even with the drugs I take for my PTSD, I'm still hyper alert than the average person--the car is always kept running, just in case I need it. This makes it hard for me to get to sleep, most nights. Small noises, like our home contracting as the night draws colder, animals outside and passing cars, all conspire to keep me awake. To get around this, I've been using a noise app called Rain Rain on my Android handset and iPhone, for years. But there's nights where even that doesn't work to drown out the aural stimulation keeping me awake. Things like my wife's snoring or my dog getting up for a drink of water are present enough that they cut through the noise. Next thing you know, I'm up until dawn, reading a book or playing video games.

A few months back, Bose brought me to New York to check them out. During their PR team's presentation, it was explained to me that they had a hell of a time trying to figure out how to make an appliance that'd help people to get a good night's sleep. The Sleepbuds use a combination of passive noise cancellation (the block up your ear canals) and a selection of noise loops to block out sounds that might keep someone like me, awake. It was explained to me that the Sleepbuds can't be used for listening to music--they're not designed for that. Sending music to a set of cans, via Bluetooth, uses up a lot of battery power. Instead, the Sleepbuds, using Low Energy Bluetooth, connects to Bose's Sleep app. The Sleepbuds' user picks the sounds they want to fill their head with--rain, a babbling brook or white noise, for example--and the audio loop of said sound is sent to the Sleepbuds's, which have a small amount of onboard flash memory. You can set an alarm and fire the information over their flash memory as well. Once installed, the sound loop and alarms do their thing with a minimal connection to your smartphone. By going stream-free, Bose was able to make the batteries in the Sleepbuds small enough that they will fit way deep inside of your ears. For a side-sleeper, like me, that means I can wear them, comfortably, even with my ear jammed up against my pillow. Bose let the journalists at the event test their new drowsy-time cans out, under controlled conditions, for a few minutes. I've never trusted controlled conditions. So, I requested that a set be sent out to me once they became available.

Over the past few weeks, I've been using the Sleepbuds on a nightly basis. They in turn, work really well and drive me a little nuts. They offer around 16 hours of use before they need to be charged. So, there's no issue getting through a night's sleep with them. When it's time to juice them up, just pop them into their charging case. You can leave the case connected to a wall outlet next to your bed, or take them with you on a trip, cored-free: an internal battery will provide the Sleepbuds with two full charges. This is all excellent. So to is their ability to block out noise. When I've got them in, the sound of the fan in our bed room, my partner's breathing and the other noises of our home all melt away. When set to their default volume level, I can't hear a damn thing. It'd be blissful, if my mind would let me enjoy what the hardware has to offer.

When I first put them in at night, I find myself lulled to sleep by the sound of a gentle rain storm being piped into my skull. I get drowsy. It's great! Until I start to worry about all of the sounds that I'm not hearing becasue of the Sleepbuds. Maybe someone would try to break in and I wouldn't hear it. There was a possibility, in these dry conditions that there could be a forest fire nearby and I'd never hear it. What if the dog was trying to alert us to something--my wife's a sound sleeper. WE WILL DIE IF I LEAVE THESE THINGS IN MY SKULL.

So yeah, most days, I wind up taking them out of my head halfway through the night. This likely isn't an issue that someone with a brain that's on their side would have. And Bose warns in their Sleep app that, if you turn up the volume to the buds too far, you might not hear noises you'd definitely want to be woken up by.

I want to believe that I'll get use to using the Sleepbuds, because they work so well. If you have issues sleeping, whether it be because of noise at home or being put in a hotel room too close to the elevator, you'll likely love these things (provided you can get past their $250 price tag.) I know I do. I just wish that my brain would go along with my plans to wear them.