This nose hair ripper-outer I bought in Tokyo works great 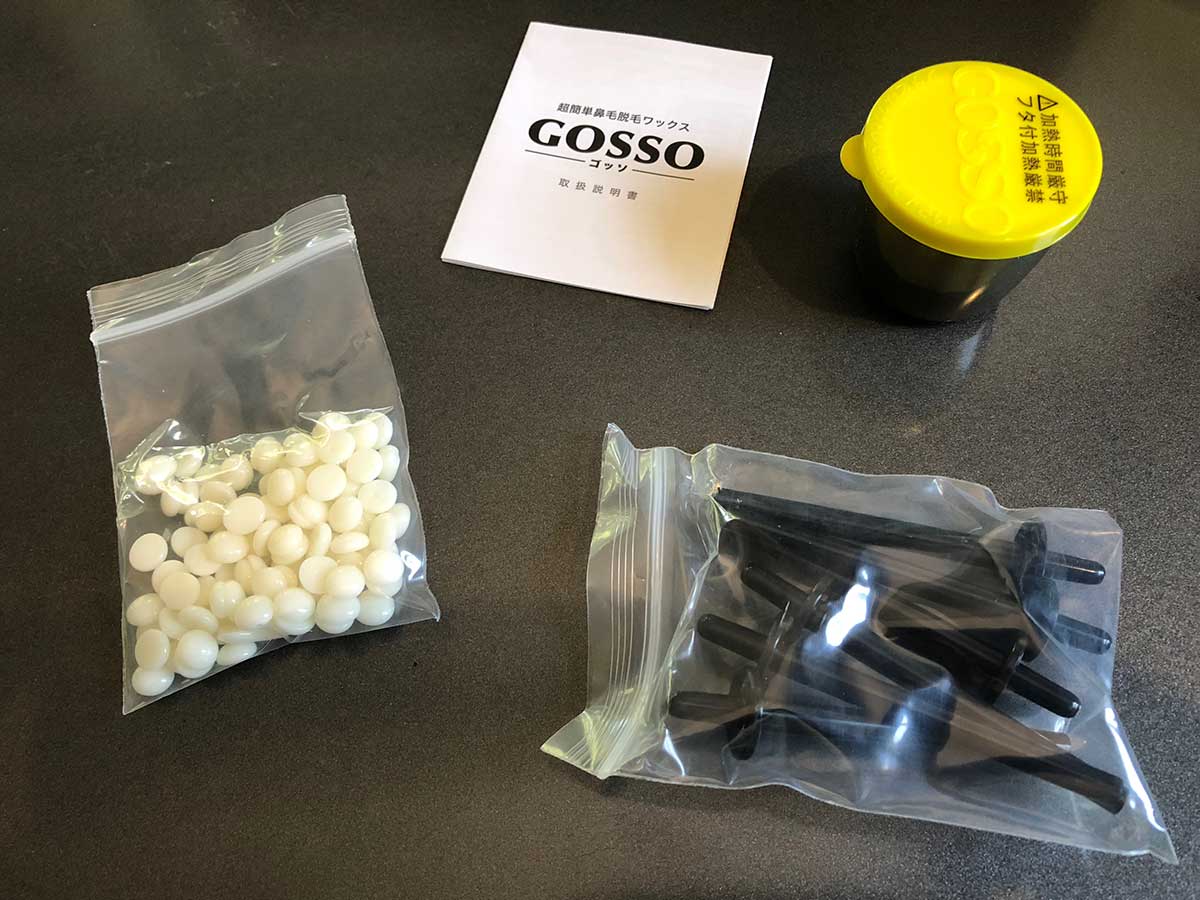 I just returned home from a 5-week stay in Japan with my family. We spent the first 10 days in Kyoto and Koya-san, and the rest of the time we stayed in an apartment in Tokyo, where I worked on Boing Boing, Cool Tools, and Institute for the Future. Despite the high temperatures and humidity, we had a great time. I'll be writing about the trip here in the days to come.

To start things off, here is something I bought at a chain store called Vanguard Village. There is nothing like Village Vanguard in the US as far as I know. It has CDs (Japanese still prefer CDs over MP3s), clothes, makeup, masturbatory aids, manga, books, and tons of other stuff. One shelf was devoted entirely to weird body cleaning products. I bought a few different products to try out. One of them was this nose hair removal kit called Gosso. It cost about $8 and contains enough materials to rip the hair out of six nostrils. (Amazon sells an identical looking kit that can clean out 20 nostrils).

To use it, you heat up waxy pellets in a microwave oven, apply the molten wax to a plastic stick, shove it into your nostril (twisting as you do so), waiting 90 seconds, then yanking the stick out and screaming "SHIT! THAT HURT!"

I have heard removing nostril hairs is a bad idea because they act as filters. But I have 10 times more nostril hair than I did when I was young, and after I used this, I still had hairs farther in the back of my nose.

I'm glad to now have a nose that doesn't have hairs sprouting from the nostrils.

cleanliness is next to "Bob"liness

Easy to install bidet at all time low price

Why are bidets so great? Have you ever tried to wipe peanut butter out of a shag carpet? That’s why. I now have one of these simple to install bidets in both of our bathrooms. Like I wrote earlier, it is a game changer. Amazon has them on sale today. Buy one and level up […]