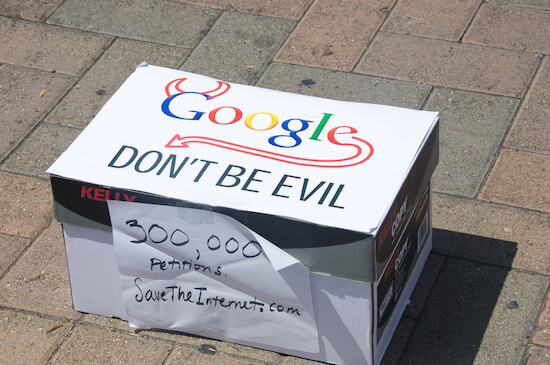 A few days ago, the AP, working with Princeton University, demonstrated that Google tracked the location of users even after they disabled location tracking on their devices. Today they admitted it, reports the AP.

It has now "clarified" its tracking policy; pray they do not "clarify" it further.

SAN FRANCISCO -- Google has revised a help page that erroneously described how its "Location History" setting works, clarifying for users that it still tracks their location even if they turn the setting off. On Monday, an Associated Press investigation revealed that several Google apps and websites store user location even if users have turned off Location History. Google has not changed that practice. But its help page now states: "This setting does not affect other location services on your device."

Business Insider's Sean Wolfe describes how to disable location tracking completely on iPhone and Android. What a headache.