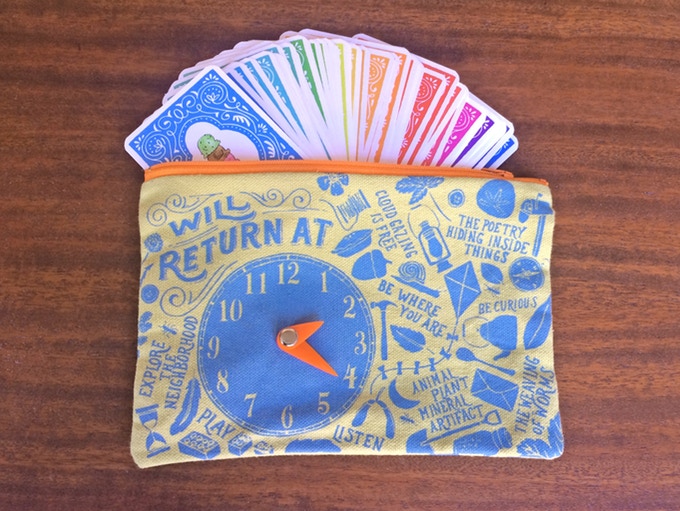 Each card in the Lively Matter deck gives instructions for a tangible, mini adventure that you can do by yourself or with friends. The activities are delightful, thoughtful, and repeatable. For example: get a gum ball at a vending machine, then pay special attention to that color for the rest of the day… The activities don't take a lot of time, but they do encourage creativity, observation, and poetic engagement with the everyday world.

I wrote about the original 8bit Card Deck a couple of years back, and now a second edition is live with tweaked designs and the same pixel-perfect look. $15 a deck, target hit, and no question about fulfilment as the print order's already in with Gambler's Warehouse. The 8Bit Deck is back with a fresh […]

Akiva Leffert has designed an Ikea-themed tarot deck: Ikea is a place of transition, a journey, a source of light and comfort, but also strife. Ikea contains the universe. Harness that power to understand your own life with these cleanly designed Ikea themed tarot cards. They'll go great sitting on your BILLY bookcase or on […]