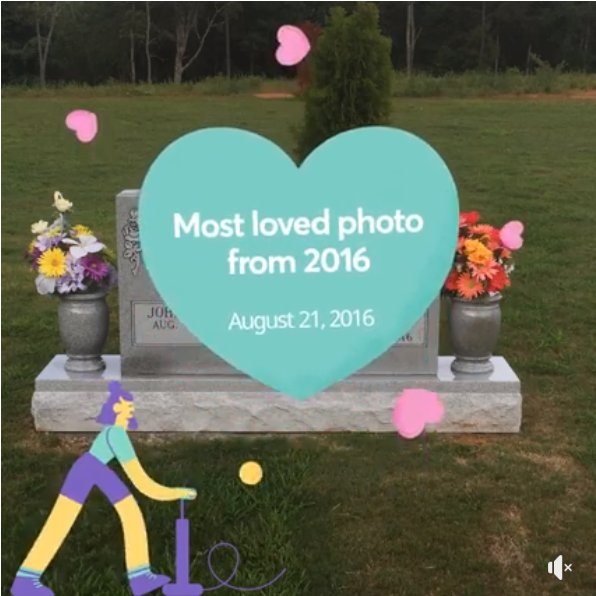 Facebook wants you to "engage" with its service, so they have an algorithm that plucks your most favorited images out of your past stream and adds dancing whimsical cartoon characters and then rams the resulting animation into your eyeballs, because why not?

Patrick Gerard tweeted: "Facebook is pushing that 'share a memory' junk where they make custom videos out of your old photos to boost engagement and I just literally got shown a bunch of happy cartoon characters dancing on my mom's grave. ?‍♂️"

Facebook is pushing that "share a memory" junk where they make custom videos out of your old photos to boost engagement and I just literally got shown a bunch of happy cartoon characters dancing on my mom's grave. ?‍♂️ pic.twitter.com/6NKIXqqq9I