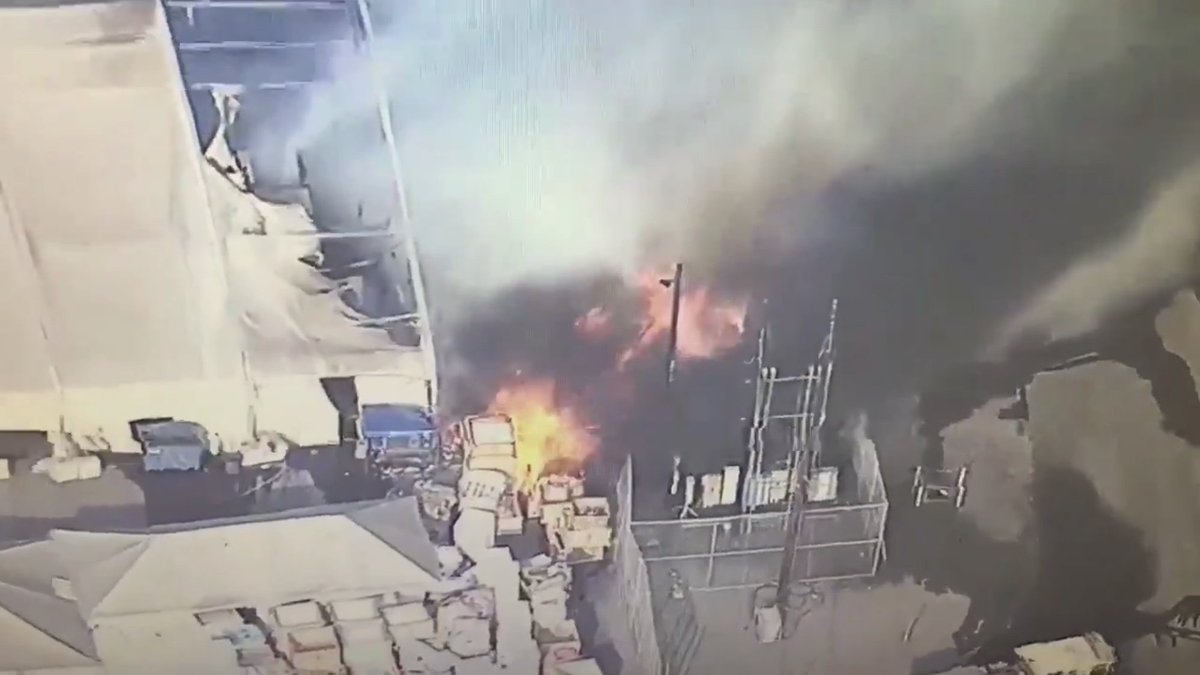 Tesla's Fremont, California factory is said to be running normally again, after a fire broke out Thursday around 5:20PM. No flamethrowers involved.

But this isn't the first fire there.

CNBC says the paint shop at Tesla's Fremont plant has a “a history of frequent fires.”

"Some cardboard and shipping materials being prepared for recycling on our southern fence line caught fire, along with a small patch of grass next to a Tesla parking lot," a company spokesperson told a reporter.

"We would like to thank the Fremont Fire Department for their rapid response."

Tesla responds to “some of the fires at its Fremont factory with its own, internal fire brigade,” reported NBC News, but this outdoor fire Thursday evening was extinguished by the nearby Fremont Fire Department.

Hold up. “Some of the fires”? Excerpt from CNBC:

The factory has a history of frequent fires within its paint shop, including a significant one in April that temporarily halted Tesla's electric vehicle production. However, the Thursday fire took place outside, near a tent on the south side of Tesla's property, away from the main facilities where cars are assembled and painted.

#UPDATE: A fire official said the blaze at the #Tesla complex in Fremont was complicated because "power lines in the area had also caught fire along with the power pole." https://t.co/lpiuiGXH4V via @svqjournalist pic.twitter.com/2FMJqwGsIx

Fire at #Tesla is extinguished. pic.twitter.com/HSt7RNrBK3

“In the past, I covered a fire in Tesla's paint shop, which the company initially downplayed,” says CNBC reporter Laura Kolodny. “I can't help but wonder if there's more to this story.” Her thread below.

2/ In the past, I covered a fire in Tesla's paint shop, which the company initially downplayed. https://t.co/gq40aD2w1Y

3/ We later spoke with factory insiders who shared a lot more details. The Fremont factory has had several fires in its paint shop. The one in April was bigger than they originally let on, caused millions of dollars of damage. https://t.co/vs0qI7BpSR

4/ I am very glad nobody was reportedly injured on Th., and feel for Tesla workers dealing with chaos of this type and personal safety risks to make beautiful cars that don't burn fossil fuels. And yet...

5/ I can't help but wonder if there's more to this story. Obviously, if you work at the Fremont factory, or have firsthand knowledge of events there, and want to speak with me discretely or on the record, I'll make time for you any time. My direct message inbox is open. Ping me.

Images posted on Snap of fire at Tesla factory in Fremont pic.twitter.com/mxBKwpJjKY

A fire at the Tesla factory in California on Thursday was contained by the Fremont fire department. No injuries were reported. https://t.co/wQbdavCKje pic.twitter.com/O1ETX7sZlB