Apple-1 up for auction 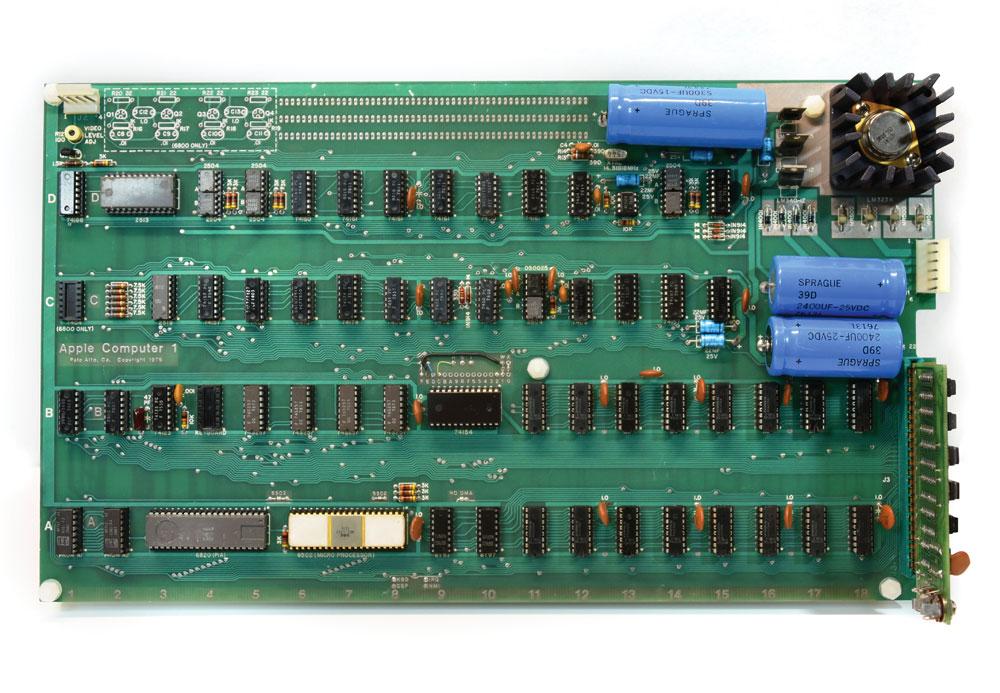 Of the 200 original Apple I computers ever made, only 60 or so are thought to have survived. One of them is now on the auction block. Expected to bring in $300,000, it includes an original Apple Cassette Interface and cables, Operation Manual, a period ASCII keyboard, a video monitor, and new power supply. Also, it works. From RR Auction:

This Apple-1 computer was restored to its original, operational state in June 2018 by Apple-1 expert Corey Cohen, and a video of it running and functioning is available upon request. A comprehensive, technical condition report prepared by Cohen is available to qualified bidders; he evaluates the current condition of the unit as 8.5/10. The most remarkable aspect of this Apple-1 computer is that it is documented to be fully operational: the system was operated without fault for approximately eight hours in a comprehensive test.

The later production ‘Byte Shop’-style of this Apple-1 is indicated by discrete component dates which match other known Apple-1 boards of similar vintage, assembled and sold by Apple in the fall of 1976 and early 1977. On the left side, the board is marked: “Apple Computer 1, Palo Alto, Ca. Copyright 1976.” Unlike many of the known Apple-1 boards, this unit has not had any modifications to the physical board, and the prototype area is clean and unused.

Image of the working Apple-1 using an iPod to load a program in lieu of a cassette: