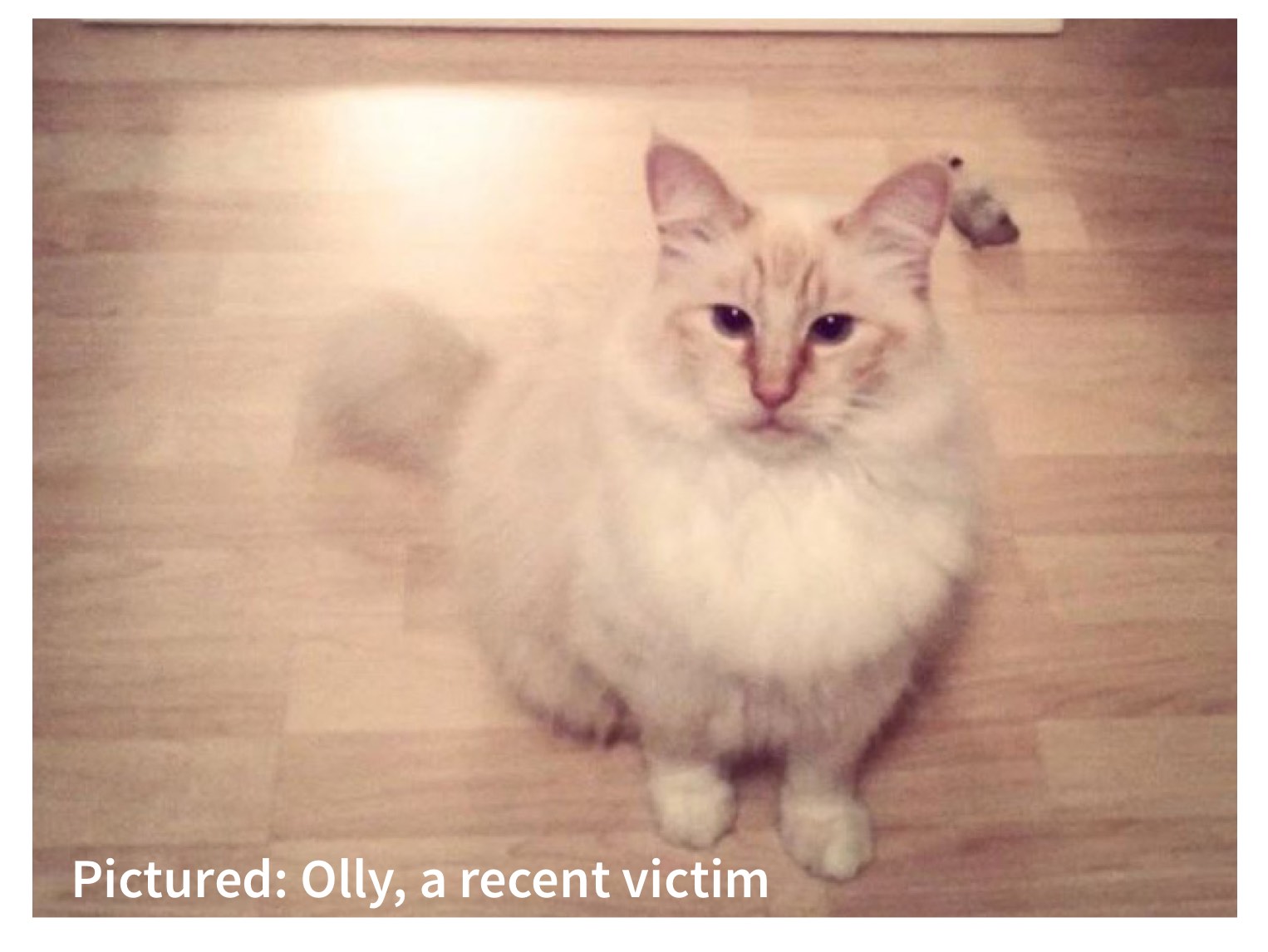 This post is going to be super upsetting if you are a cat person. I am sorry.

A dozen cats have been found across part of Washington State since February, and authorities are trying to find the person who killed them.

It appears that the pace of cat murders is increasing.

“Seven of these cases were reported in August alone, the latest on Tuesday,” reports the New York Times.

A $35,000 reward is offered for information leading to the arrest of the killer.

The mutilated remains of beloved pets have shown up in public places around Olympia, Wash. — on front lawns, in neighborhood parks, even on the grounds of a church.

There may well be more cats involved. A case reported in Lacey, Wash., in February, involved body parts that could have come from three different cats.

As the reports have come in, so have donations. There is now a $35,000 reward for information leading to the arrest of the killer.

The case has become serious enough for the authorities in Thurston County to set up a 10-person task force, led by a former police officer with decades of experience investigating animal cases.

The team, which includes a homicide detective, is to meet Thursday to put together a game plan for hunting down the cat killer. If found, the person could face as much as two years in prison for each cat killed.

On Tuesday, a cat was found dead in Olympia, near where another cat’s body had been discovered just days before. All the signs indicate that the killer was the same one who has been plaguing the county for months, the authorities say.

The cat had been slit down the stomach and laid out, just like the other cats found in Olympia. The cats were “displayed for people to see,” said Erika Johnson, the animal cruelty investigator leading the task force. “Kind of like an arsonist goes back to the scene of fire. They want people to find these animals.”

Animal abuse is often carried out by persons who are violent toward family members or other people.

It is not known whether the person or people who killed these cats have harmed other humans, but investigators are looking into it.