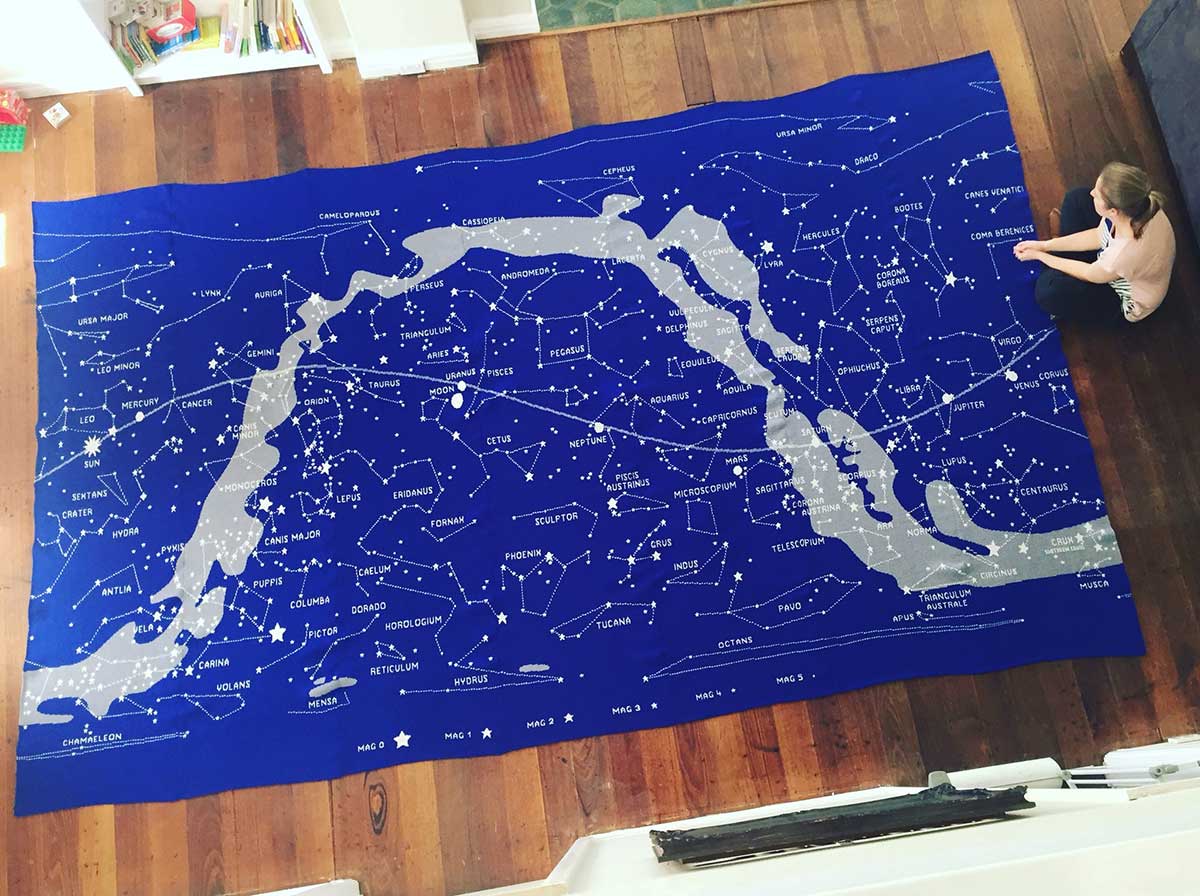 The piece features all 88 constellations as seen from Earth, as well as the equatorial line with the zodiac constellations running along it, stars scaled according to their real-life brightness, the Milky Way galaxy, the sun, Earth's moon and all of the planets within our solar system. Spencer made sure to put the planets, sun and moon in specific, strategic positions so that the heavenly bodies indicate a specific date in time.

After 15kg of wool and over ? hrs of knitting, I’m finally ready to fly to the UK. Now I just need to pack the entire universe into my suitcase! I’ll see you all soon ? pic.twitter.com/orBWAmi3bW