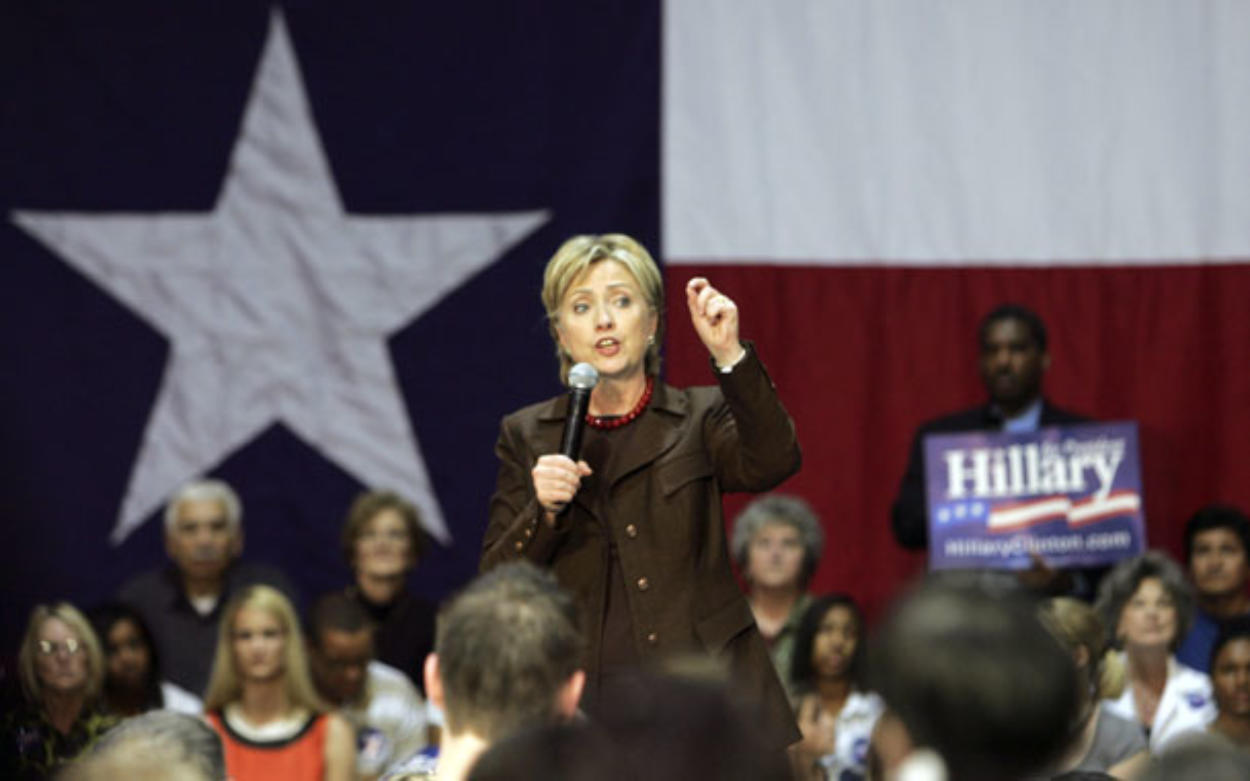 In an effort to "streamline" the high school social studies curriculum, Hillary Clinton, the first woman to be the presidential nominee of a major party, has been dropped from the list, alongside Barry Goldwater and Helen Keller.

From the Austin American-Statesman:

(Chairwoman Donna) Bahorich said the committees used a fair rubric to assess the importance of these figures in social studies curriculum, measuring among other things their influence, their impact on underrepresented groups and whether they represented diverse perspectives. Clinton scored a five out of 21, Goldwater a zero and Keller a seven.

One thing that did make the cut? Softening the language on slavery being the cause of the Civil War.

Cutting Hillary from the high school curriculum will save teachers half an hour of instruction time. Oh, and an interesting note about that "fair rubric." The late Reverend Billy Graham scored a 4, marking him for deletion.

The committee put him back in.