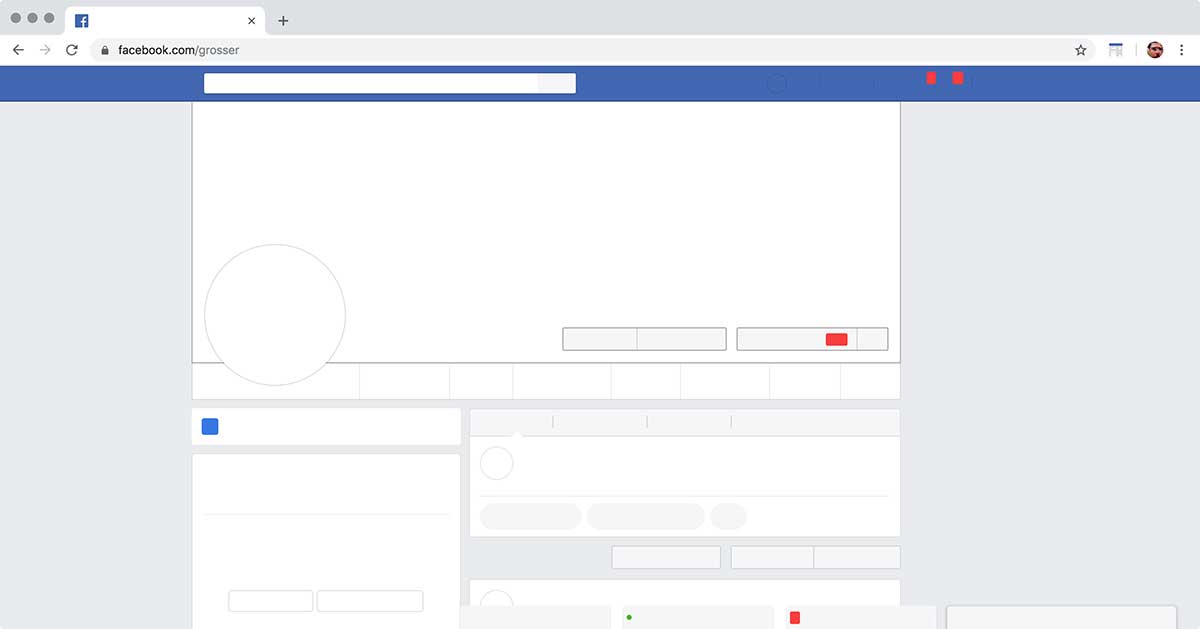 Given the harms that Facebook has wrought on mental health, privacy, and democracy, what would it take to make Facebook “safe?” Is it possible to defuse Facebook’s amplification of anxiety, division, and disinformation while still allowing users to post a status, leave a comment, or confirm a friend? With Safebook, the answer is yes! Safebook is Facebook without the content, a browser extension that hides all images, text, video, and audio on the site. Left behind are the empty containers that frame our everyday experience of social media, the boxes, columns, pop-ups and drop-downs that enable “likes,” comments, and shares. Yet despite this removal, Facebook remains usable: you can still post a status, scroll the news feed, “watch” a video, Wow a photo, or unfriend a colleague. With the content hidden, can you still find your way around Facebook? If so, what does this reveal about just how ingrained the site’s interface has become? And finally, is complete removal of all content the only way a social media network can be “safe?”

Almost 100 people working for CollegeHumor in Los Angeles and New York were let go yesterday, reports Bloomberg. The owner, Barry Diller’s IAC, sold the brand to its chief creative officer. Only “five to 10 people” remain employed. CollegeHumor suffered the same fate as Funny or Die, which went through rounds of layoffs in recent […]