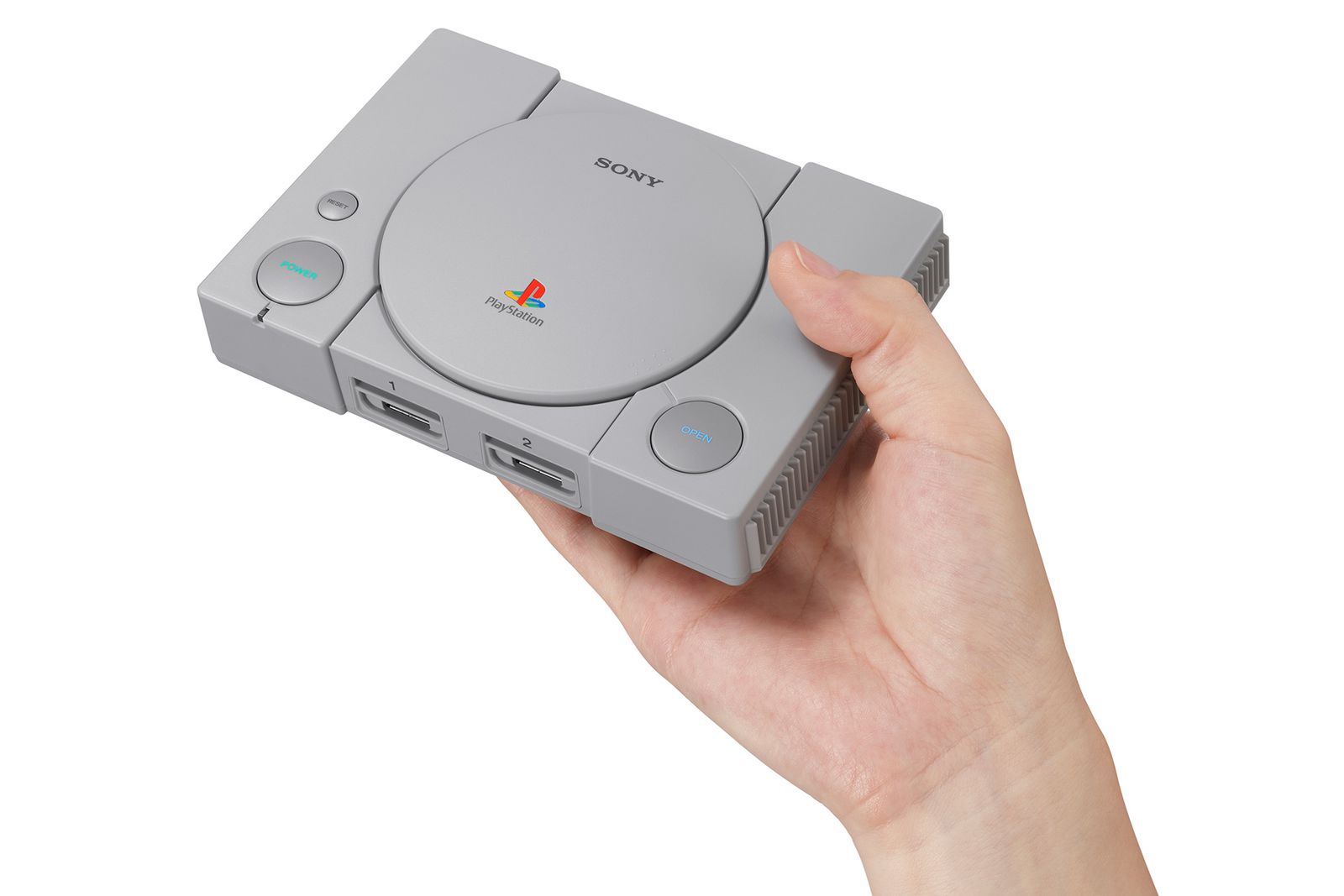 The fad for fire-and-forget retro consoles continues with Sony's PlayStation Classic. It's $100, has 20 games built-in, modern connectors, and the original 1995 design—albeit shrunk to the size of the original's controller.

The mini console is approximately 45% smaller than the original PlayStation, and it emulates the original’s look and feel by featuring similar controllers and packaging. Long-time fans will appreciate the nostalgia that comes with rediscovering the games they know and love, while gamers who might be new to the platform can enjoy the groundbreaking PlayStation console experience that started it all. All of the pre-loaded games will be playable in their original format.

The NES Classic and SNES Classic are huge moneyspinners for Nintendo, so this was an inevitability.

It'll be out on December 3. Sony's press release says you can pre-order it, but the only place I could find was this unnervingly empty database stub at Best Buy.