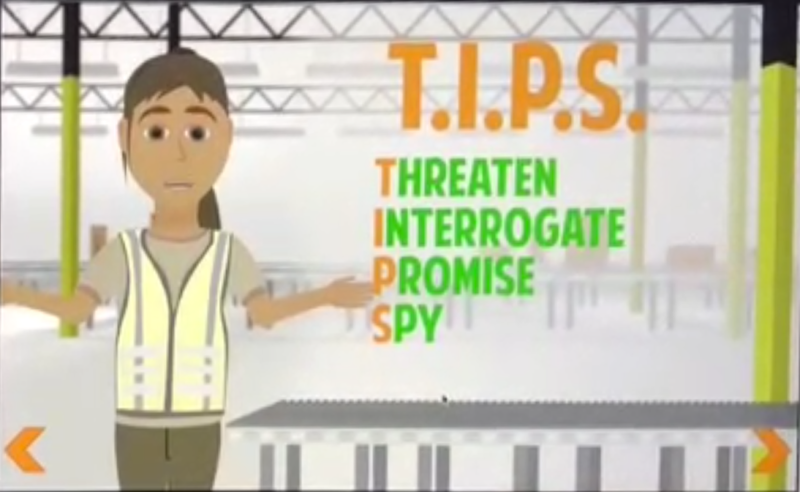 As the tide of public opinion turns against monopolism, Amazon has become the poster child for irredeemable, late-stage capitalism; the company's ham-fisted attempts to burnish its reputation have not stemmed the tide.

As a result, union drives among Amazon workers -- including those at Amazon subsidiaries like Whole Foods -- have gained steam.

Like other giants -- McDonald's, Walmart, etc -- Amazon is staunchly opposed to unionization by its workforce. In a 45-minute video aimed at Amazon managers and leaked to Gizmodo, the company sets out a playbook for suppressing unionization drives. Gizmodo did not release the video in order to protect its source, but it does describe each of the video's six sections in detail, and supplements it with screenshots (Amazon accused Gizmodo of "cherry-picking" in its characterization of the video, but declined to release the video in full, or clarify what the video's actual message was).

Here are a few of the (extensive) examples “that can indicate associate disengagement, vulnerability to organizing, or early organizing activity,” according to the video:

* Distribution of petitions and fliers

* Associates raising concerns on behalf of their coworkers

* Increased negativity in the workplace

* “[A]ny other associate behavior that is out of character”

The training video then asks managers to listen to 10 hypothetical employees and select whether their remarks constitute a “warning sign” or “innocent interaction.” Workers loitering in the break room after their shift, asking for a list of the site’s roster, or complaining about the absence of a living wage fall into the “warning sign” category.