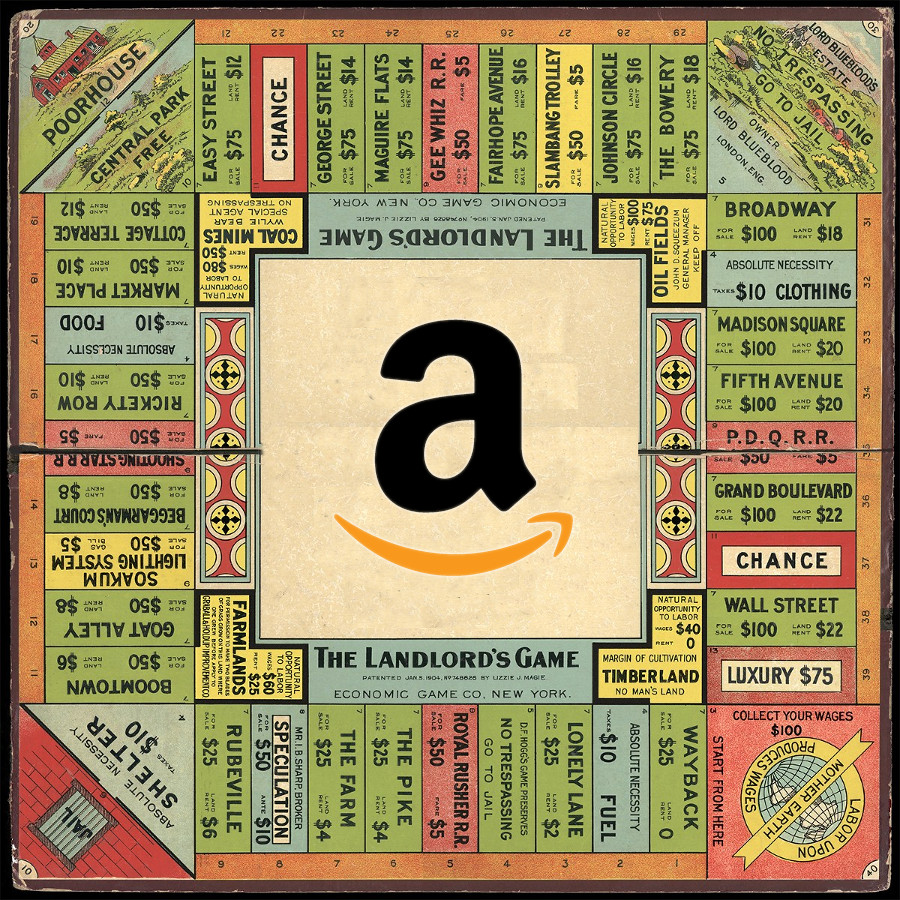 Last January, a 28-year-old law student named Lina Khan published a 24,000-word article in the Yale Law Journal unpicking a half-century's shifts in anti-trust law in America, using Amazon as a poster child for how something had gone very, very wrong -- and, unexpectedly, this law student's longread on one of the most technical and abstract areas of law has become the centerpiece of a raging debate in law and economics circles.

The article is called Amazon's Antitrust Paradox, and you should read it, because Khan is a sprightly and gifted writer with a talent for squeezing some exciting and relevant juice out of dry and abstract subjects.

At its heart is a critique of the neoliberal "Chicago School" and its new orthodoxy about when monopolies are a problem -- an orthodoxy that is at odds with much of the world and hundreds of years' worth of US lawmaking and enforcement.


The Chicago School is notorious for its emphasis on profits ahead of all else, its complicity in tens of thousands of death-squad executions in Chile, its influence on Thatcher, Reagan and their contemporaries in their belief that "there is no such thing as society" and "greed is good" -- the belief that behaving as selfishly as possible will make everyone richer and happier.

It's this school and its adherents that John Kenneth Galbraith was speaking of when he called economics "the search for a superior moral justification for selfishness." As you might imagine, if you owe your fortune to selfishness, ruthlessness and greed, you might want to fund and elevate this kind of exercise. Nothing confers empirical respectability to manifestly immoral behavior like a lot of inscrutable mathematics that purportedly shows the self-perfecting nature of a system of greedy, "rational" actors.


The Chicago School holds that monopolies are only bad when they result in higher prices ("price theory") and that everything else -- the "structuralist" worry about rich people amassing political power, or making inferior goods, or screwing their workforce, or holding back innovation -- is just a distraction.


This model rose to prominence in the 1980s with Reaganomics, and it coincided with catastrophic collapse in small business in America (especially minority-owned businesses); since Reagan, Republicans and Democrats alike have been enthusiastic proponents of the idea that the only thing a competition watchdog should keep an eye on is the prices charged to consumers, not "integration," be it vertical (one firm owning the factory, the trucks and the stores) or horizontal (companies buying out their direct competitors).

Using Amazon as her poster-child, Khan argues that whatever problems this approach had in bricks-and-mortarland (she highlights several), the combination of networks, digital goods, data-oriented retail, and huge pools of investment capital willing to float businesses like Amazon using their profits from one area to sell goods below cost in others to the detriment of their competitors, make mincemeat out of price-theory. The digital world -- where each customer might pay a different price, where retailers can use algorithms to price their competition out of existence -- is one where costs of one category of goods can't possibly capture the wider harms of monopolistic practice.


Related to this is On the Formation of Capital and Wealth, by Stanford's Mordecai Kurz, who proposes a means by which digital commerce can drive a winner-take-all phenomenon that makes the rich much richer, at the expense of the general welfare.

The question, then, is what to do about it. Khan suggests some modest reforms in anti-trust enforcement, which, despite their modesty and the extremely unlikeliness of seeing them enacted under Trump or any future establishment Democratic administration, have provoked howls of outrage from Chicago School economists.

More radical approaches have been proposed, of course. Paul Mason's Postcapitalism points to Amazon's very monopolism as the reason to believe that capitalism has outserved its usefulness. If a monopolist like Amazon can use customer surveillance and algorithms to decide what to make, where to put it, and how to deliver it, why do we need imperfect markets? Just nationalize Amazon and its datasets (for the record, I think Mason was unduly optimistic about the problems of anonymizing large data-sets).


But if the internet supercharges inequality and monopolism while delivering many undeniable benefits in coordination, culture, and material production, can we simply divorce technology from the economic and social context that created it? Can we have the internet without douchey Silicon Valley jerktech and its lucrepaths, vulgarati, uberization, mom-as-a-service, and *-bait?


It's not without precedent: the Protestant reformation gave us religion without the unified Church; the Enlightenment gave us alchemy without superstition; and Wikipedia and GNU/Linux gave us encyclopedias and operating systems without a single corporate overlord. As Leigh Phillips wrote in Austerity Ecology & the Collapse-Porn Addicts, the belief that Chicago-style sociopathic capitalism is the sole proprietor of technological change and improvement is one of the Chicago School's most successful projects, one that convinced large swaths of the left that you either have to be pro-technology or pro-human, that being anti-corporatism meant that you had to oppose the technical feats of corporations.


Science fiction's best move is cleaving a technology from its social and economic context, as steampunk does, when it imagines industrial-style production without the great Satanic mills where people become part of the machines, moving through scripted and constrained tasks in unison to the ticking of a huge time-clock. In steampunk, individual inventors and small groups produce things with the polish and awe-inspiring innovations of the industrial revolution, without the surrender of individual autonomy that industrialization demands of its workers. In steampunk -- to quote Magpie Killjoy -- we "love the machine and hate the factory."


The problem with Amazon isn't that it's now really easy to get a wide variety of goods without having to shlep all over the place trying to find the right widget (or book). The problem is the effect that this has on workers, publishers, writers, drivers, warehouse workers, and competition.

It probably won’t surprise you to learn that most antitrust practitioners reject accusations from a third-year law student that the legal precedents and analytical tools they have developed and mastered over the years are inadequate to the task of protecting us from the predations of Big Tech.

“I don’t lie awake at night worrying that there are so few creative people in this country that one company might turn out to be the best at everything,” said a former head of the antitrust division.

A former member of the Federal Trade Commission put it this way: “The antitrust law I believe in is that we want to give as much latitude as possible to innovate and deliver better products at lower prices, and only stop them when we see some evidence of conduct that excludes others from competing.”

They also scorn Khan’s suggestion that the consumer welfare standard that underlies most antitrust analysis should be broadened to a public interest standard that takes into account the impact of dominant firms on workers, communities and the political process. As they see it, such vague and subjective standards would merely invite political and ideological mischief.