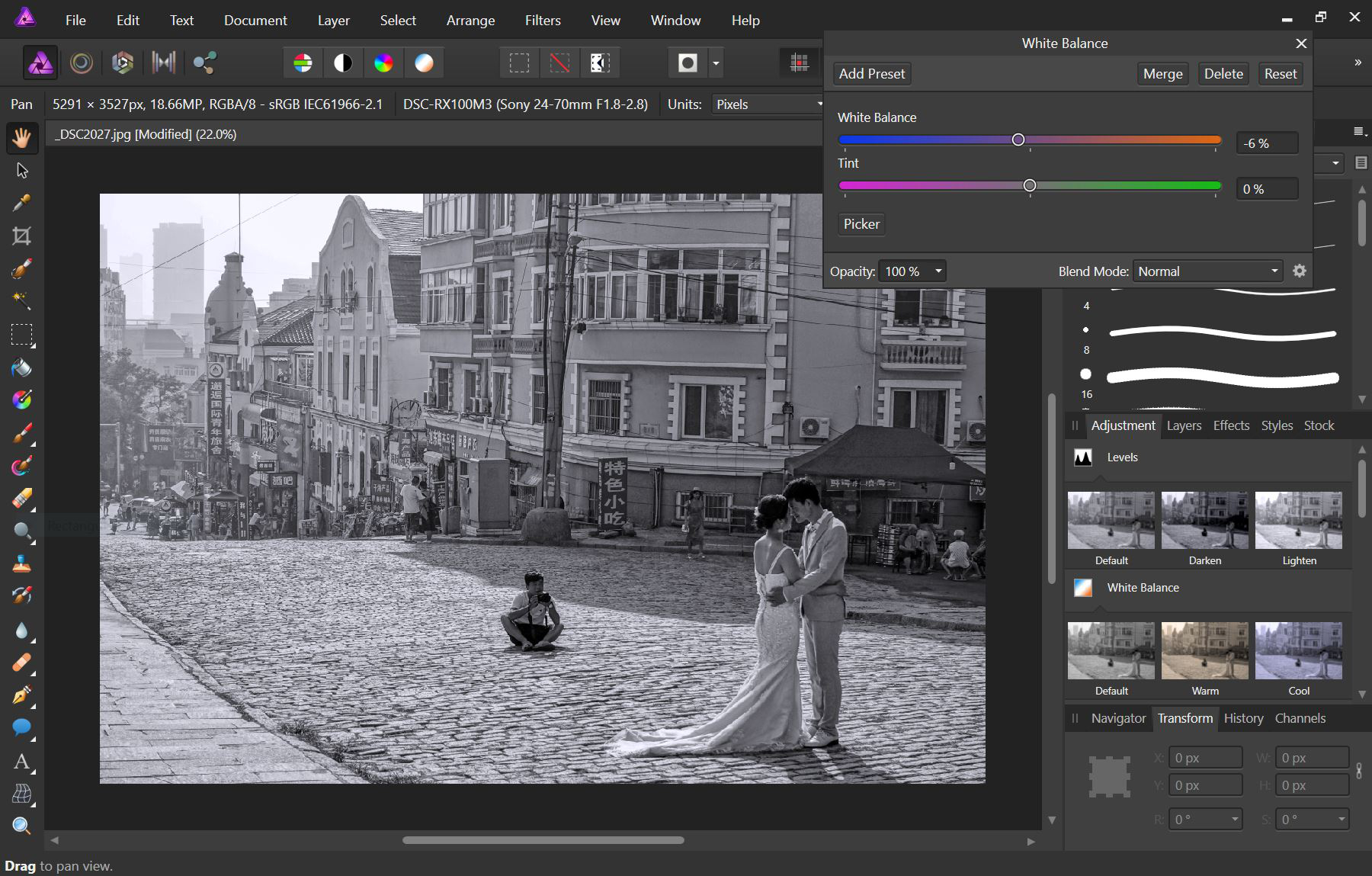 On my low-powered Surface Go, Affinty loads in half the time that Photoshop does, allowing me to get in and out of working on a photo quickly before uploading it to go along with a story. For more complex editorial tasks, it's able, for the most part, to go blow for blow with Adobe's image tweaking darling. However, Affinity will make you work for the results that its capable of–Photoshop has it beat, hands-down, in the area of task automation. I don't find Affinity's interface to be as intuitive as what you get with an Adobe product, either. As such, it could be a little intimidating for anyone who's new to image editing software. Fortunately, Affinity offers a number of online tutorials to take the sting out of the application's learning curve. I also appreciate that, on the rare occasions when I do turn to my iPad Pro (which, since grabbing the Surface Go, has become my wife's iPad Pro), the iOS version of the app ape's the desktop's UI. If you can use one, you can most certainly use the other. Doing so with a fingertip isn't as easy as it is with a mouse, but you'll get there. I've worked for weeks away from home on my iPad without a hiccup in my productivity, thanks to Affinity Photo. For well under one hundred bucks, it offers robust, full-featured image editing tools, cross platform compatibility.

While Mac users have no choice but to buy it from the App Store, those rocking a Windows machine can download a free, fully functional version of the application from Affinity's website. Give it a spin, for the low, low price of free.