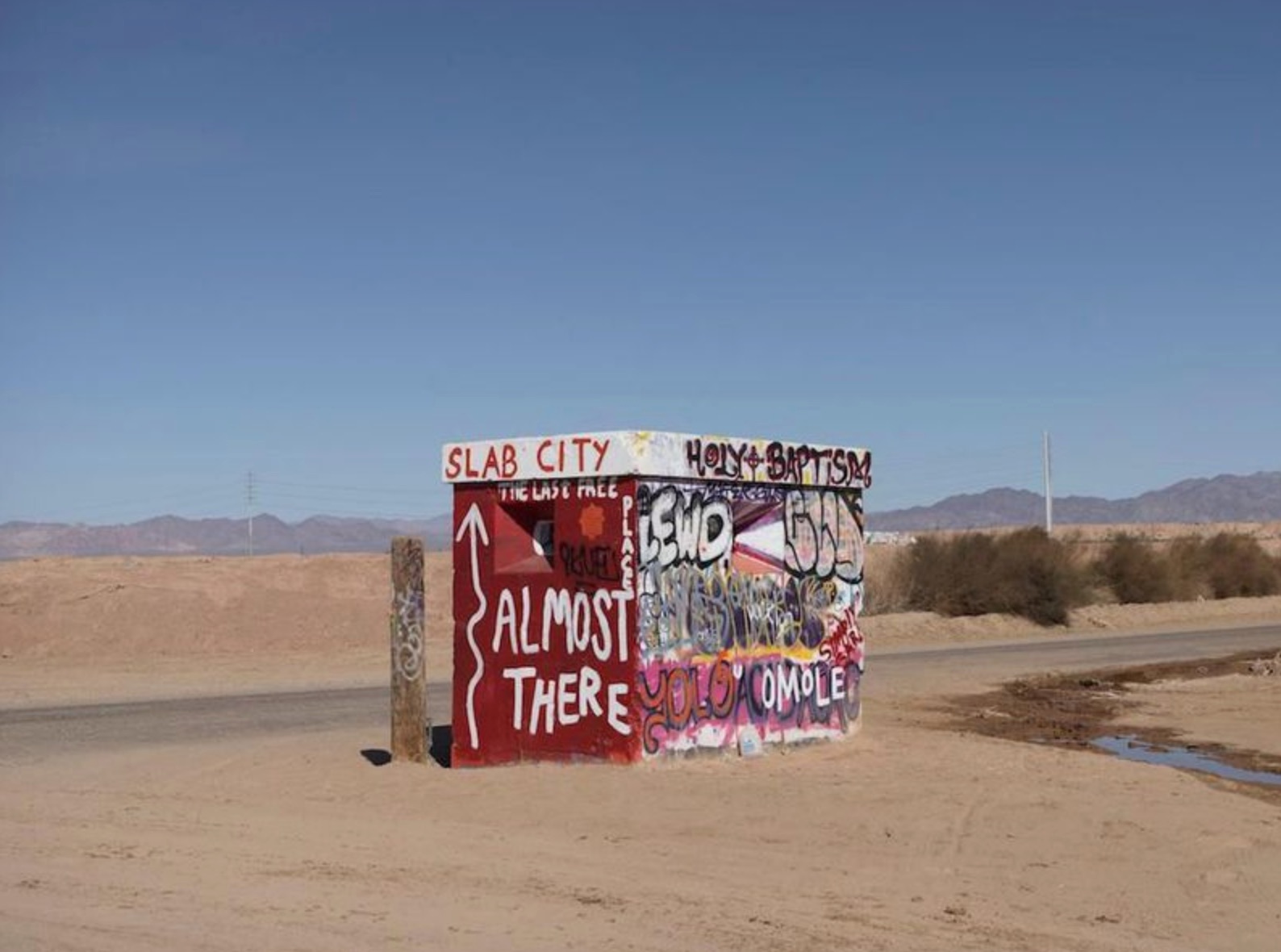 Slab City is a curious community in the Sonoran Desert about 150 miles northeast of San Diego. Formerly a World War II Marine Corps base, it's now home to around 150 off-the-grid squatters and thousands of temporary campers and RV owners who wait out the winter months before continuing their journeys. The name comes from the concrete remnants of the military base. Author and architect Charlie Hailey and photographer Donovan Wylie documented the anarchic living and structural scene in their new book "Slab City: Dispatches from the Last Free Place." The pictures are a compelling and provocative view inside this not-so-temporary autonomous zone that embodies a curious kind of liberty for its diverse inhabitants. From an interview in Smithsonian:

What were some of the more interesting dwellings that you saw?

Wiley: [The dwellings] were all so autonomous and each had its own individuality, which in itself makes them interesting. The structures were people; they revealed the people and the place and were all very different and fascinating. [Being there] really made me question the idea of what being free is, and what it means in terms of American mythology, the desert, expansion and history.

Hailey: The scale of construction ranged from a piece of cardboard on the ground placed within a creosote bush to these large telephone structures to pallet structures that were two stories tall. Each one expressed what that particular person wanted to make them, but then against restraint of what resources were there and what nature would allow. It was windy and it was hot, and yet you’re trying to make home in a very unhomely place.