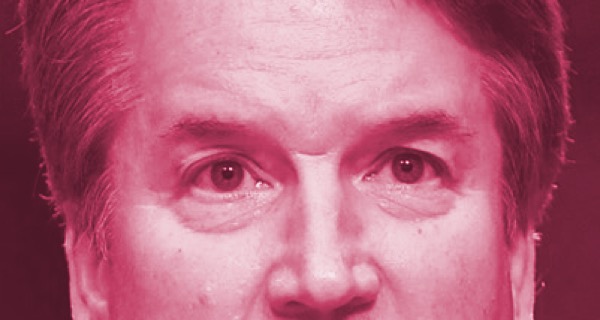 News reports and personal accounts from people who knew him show that Brett Kavanaugh lied again and again at his Senate confirmation hearing. How can this sputtering, raging, serial liar possibly be considered for the role of a Supreme Court justice?

In last Thursday's confirmation hearings, Kavanaugh lied repeatedly about Dr. Christine Blasey Ford’s testimony that she was sexually assaulted by him at age 15.

Kavanaugh repeatedly lied that her account had been “refuted” by witnesses. He also lied about his behavior in high school and college. And he lied many times about policies he worked on during the presidency of George W. Bush.

“Kavanaugh is such a brazen liar that many of his false claims have been entirely refuted by reporting,” Media Matters for America says in this comprehensive list of his lies under oath before the United States Senate.

Here are some of Kavanaugh’s lies:

Kavanaugh repeatedly claimed Ford’s accusation has been “refuted” by others who she said attended the party -- even though the other attendees have said no such thing. Kavanaugh seized on the word “refuted” when responding to Ford’s report, claiming in five instances that the three people who Ford says were at the party when Kavanaugh sexually assaulted her had “refuted” her account. That’s an obvious misrepresentation of what those people have said. They have actually all said that they don’t recall the party in question -- a major difference from saying something didn’t happen. And Ford’s friend Leland Keyser has said that although she doesn’t remember the party in question, she believes Ford is telling the truth.

Kavanaugh attempted to fabricate an alibi by suggesting he did not drink on weekdays and was out of town almost every weekend night of the summer of 1982. Kavanaugh claimed that the incident Ford described “presumably happened on a weekend” and suggested that he and his friends didn’t drink during the week because of their jobs while adding he was “out of town almost every weekend night before football training camp started in late August.” In doing so, Kavanaugh attempted to falsely imply that he did not attend the type of get-together that Ford described. Kavanaugh’s lie is readily apparent in the calendars he provided the committee and a contradictory statement he made acknowledging “the calendars show a few weekday gatherings at friends’ houses after a workout or just to meet up and have some beers.” In particular, great attention has focused on his July 1 calendar entry -- a Thursday -- that showed he was having “[brew]skis” with some of the people Ford said were at the party.

Kavanaugh said he had no connection to Yale University prior to attending undergrad and law school there, but he was a legacy admittee. While denying that he was a heavy drinker in college who drank to the point of blacking out, Kavanagh said, “I got into Yale Law School -- that’s the number one law school in the country. I had no connections there; I got in there by busting my tail at college.” In fact, Kavanaugh’s grandfather Everett Edward Kavanaugh attended Yale, making Kavanaugh a legacy student.

Kavanaugh denied every blacking out from drinking and downplayed his alcohol consumption as a young man, but numerous Yale classmates say he was a belligerent drunk. Kavanaugh became angered under questioning from Sen. Amy Klobuchar (D-MN) after she asked him if he ever blacked out from excessive drinking. In response, Kavanaugh pressed Klobuchar if she had ever blacked out and claimed that he doesn’t have a drinking problem. The New York Times reported that “nearly a dozen” of Kavanaugh’s classmates “said they recalled his indulging in heavy drinking, with some characterizing it as outside the norms of college life.” His freshman roommate James Roche said Kavanaugh was “frequently unusually drunk” and would become “belligerent and mean,” while classmate Charles “Chad” Ludington said Kavanaugh was “a frequent drinker, and a heavy drinker.” Classmate Elizabeth Swisher called Kavanaugh’s claim he never blacked out “a lie” based on her observation of his behavior at the time. Classmate Lynne Brookes told CNN that she and her former classmates were texting each other during the hearing that Kavanaugh was lying about his college drinking habits.