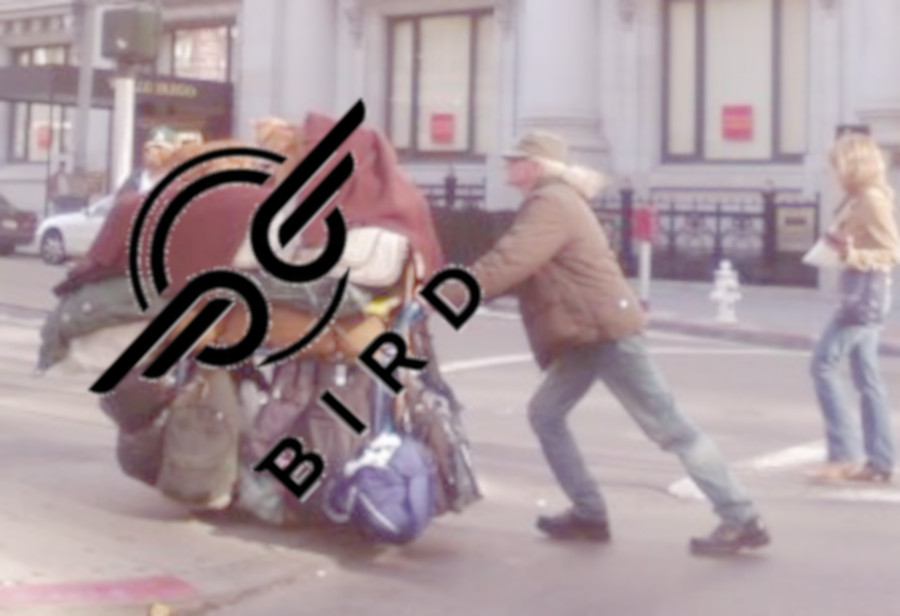 San Francisco's fleet of semi-derilict e-scooters shares sidewalk space with San Francisco's army of homeless people, who live in naked squalor alongside the some of the world's greatest displays of wealth.

It's a heady cocktail, and what's emerged from it is a homeless folk-hacking practice that has homeless people removing scooters' main computer (along with its GPS tracker), stripping off the logos, and hotwiring it, turning it into an untraceable personal transportation system.

"Every homeless person has like three scooters now," Ghadieh said. "They take the brains out, the logos off and they literally hotwire it."

I've seen scooters stashed at tent cities around San Francisco. Photos of people extracting the batteries have been posted on Twitter and Reddit. Rumor has it the batteries have a resale price of about $50 on the street, but there doesn't appear to be a huge market for them on eBay or Craigslist, according to my quick survey.