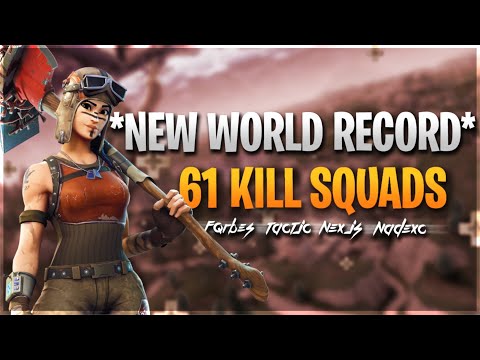 The new record for most eliminations in a single match by a squad is now 61. Watch Fortitude_Fqrbes, Nexjs, tactjc, and TTV NadeXC take down most of the lobby.

There is a lot of swearing, as there should be.