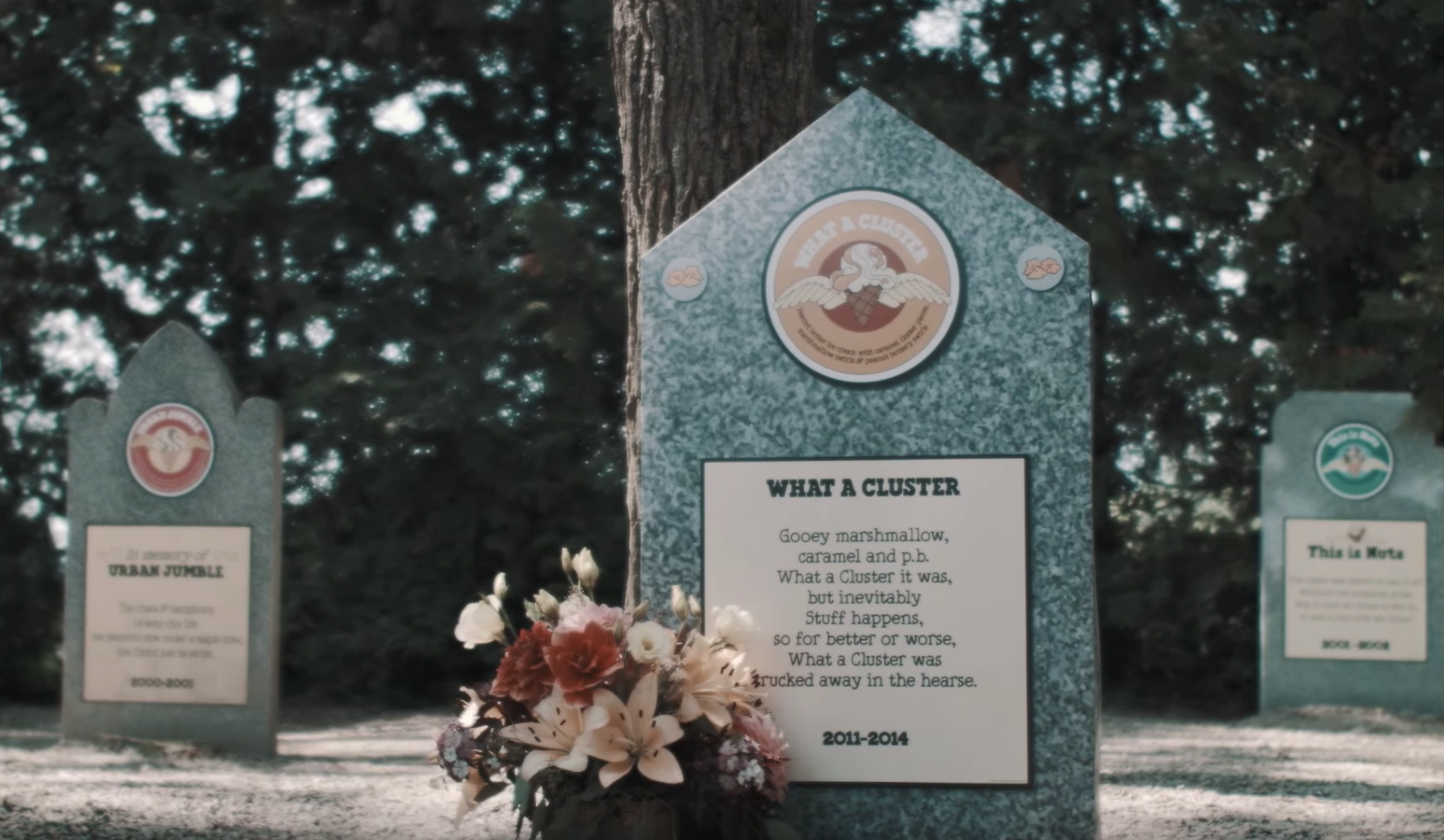 There's a plot of land in Vermont where ice cream flavors go when they die. Located next to the Waterbury home of Ben & Jerry's plant and headquarters, the Flavor Graveyard is the final resting place for the company's discontinued flavors such as Wavy Gravy, White Russian, and (32) more.

“Ben & Jerry’s is known for outrageous, chunky, funky flavors,” said Flavor Guru Eric Fredette in a company press release. “But experimentation comes with risk, and not everybody likes our edgier ideas. Like everything else, ice cream flavors have a beginning and an end.”

This year, visitors who take a Ben & Jerry's factory tour, along with a visit to the Flavor Graveyard, between Oct. 29 and 31 will be treated to a sample of a limited edition pumpkin pie ice cream available only in Waterbury.

You can also visit their virtual burial ground and, if you wish, submit a request to "resurrect" any of the dead flavors. Zombie Schweddy Balls, anyone?