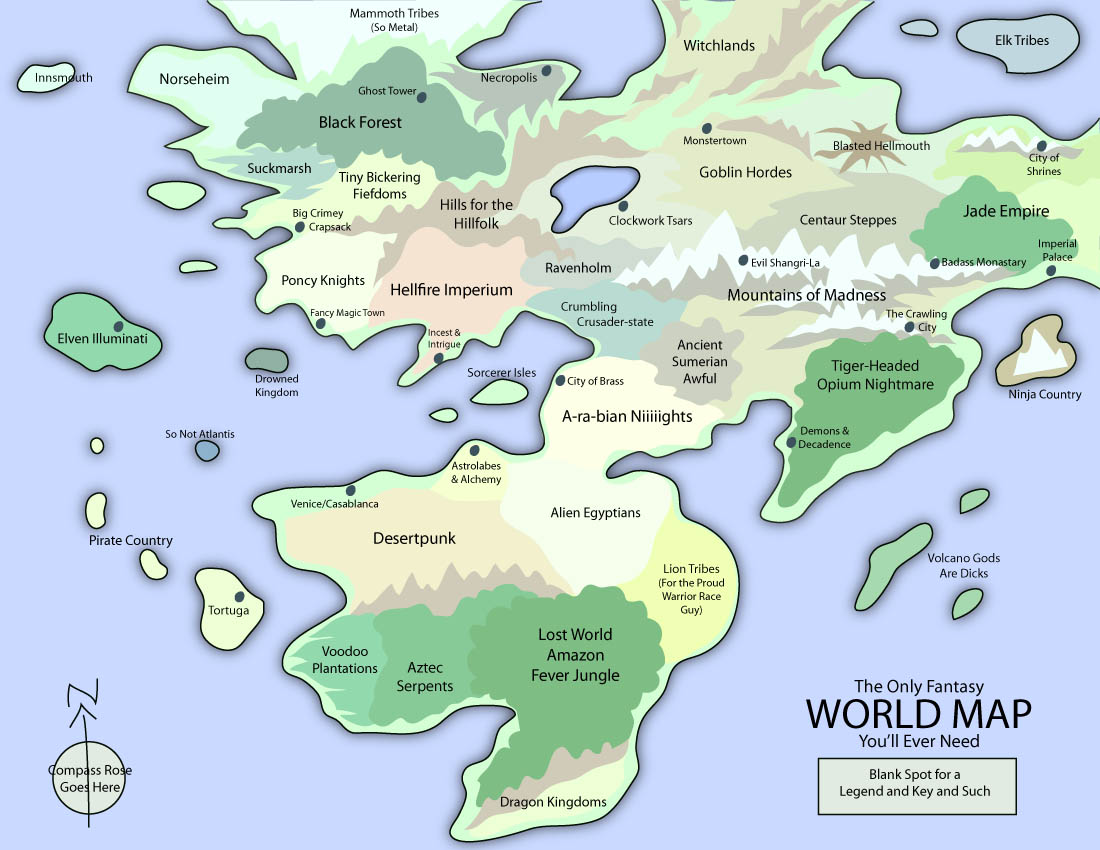 EotBeholder on Deviantart nails decades of derivative genre fiction and gameplay with "the only fantasy world map you'll ever need."

Wow, almost four years later and this thing just exploded. ... To anyone asking for permission to use this for their own campaigns... I mean it hardly qualifies as "original", so as long as you're comfortable stealing from someone who steals from the people who only steal from the best, knock yourselves out :)

If I could make some additions (which I suppose I could, but, nah) I'd call out the Boring/Doomed Pastoral Village somewhere in the Tiny Bickering Fiefdoms or the Land of Poncy Knights, and also add a Giant Wall to Keep the Monsters Out. Giant walls are so hot right now.

I love the comments and tweets from fans of specific franchises (such as Forgotten Realms or Riftwar) who think it is specifically a parody of their favorite fantasy world. See TVTropes' entry for the fantasy world map and, specifically, the left-justified fantasy maps.

The map of Allansia from the Fighting Fantasy gamebook series is a nice professionally-drawn example.