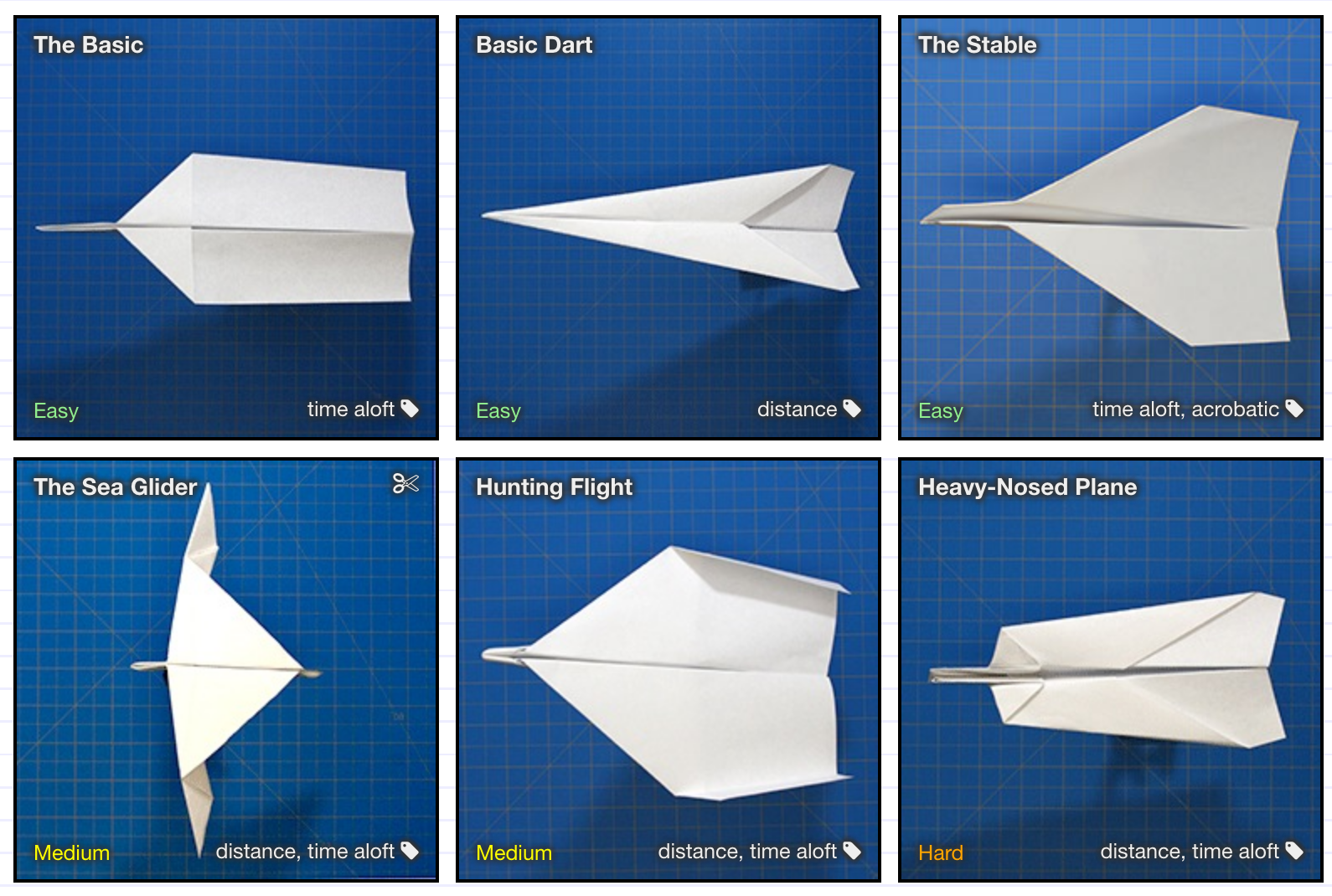 Fold N Fly is a website that neatly categorizes and ranks paper airplane designs, with easy-to-follow and crystal-clear instructions for making each one. You'll need US Letter size paper! A4 won't do! [via]

11 levels of origami: easy to complex

Robert J. Lang, an origami artist, shows how to fold a cicada 11 different ways, from easy to complex. The final one is basically sculpting the paper with many folds into something that looks very much like a real cicada.

"Letterlocking" is a term coined by MIT Libraries conservator Jana Dambrogio after she discovered a trove of letters while spelunking in the conservation lab of the Vatican Secret Archives; the letters had been ingeniously folded and sealed so that they couldn't be opened and re-closed without revealing that they had been read. Some even contained […]

How to make an origami winged heart

All you need is love, love / Love and paper is all you need