Donald Trump in "Gaslight": Trapped in a House with a Psychopath 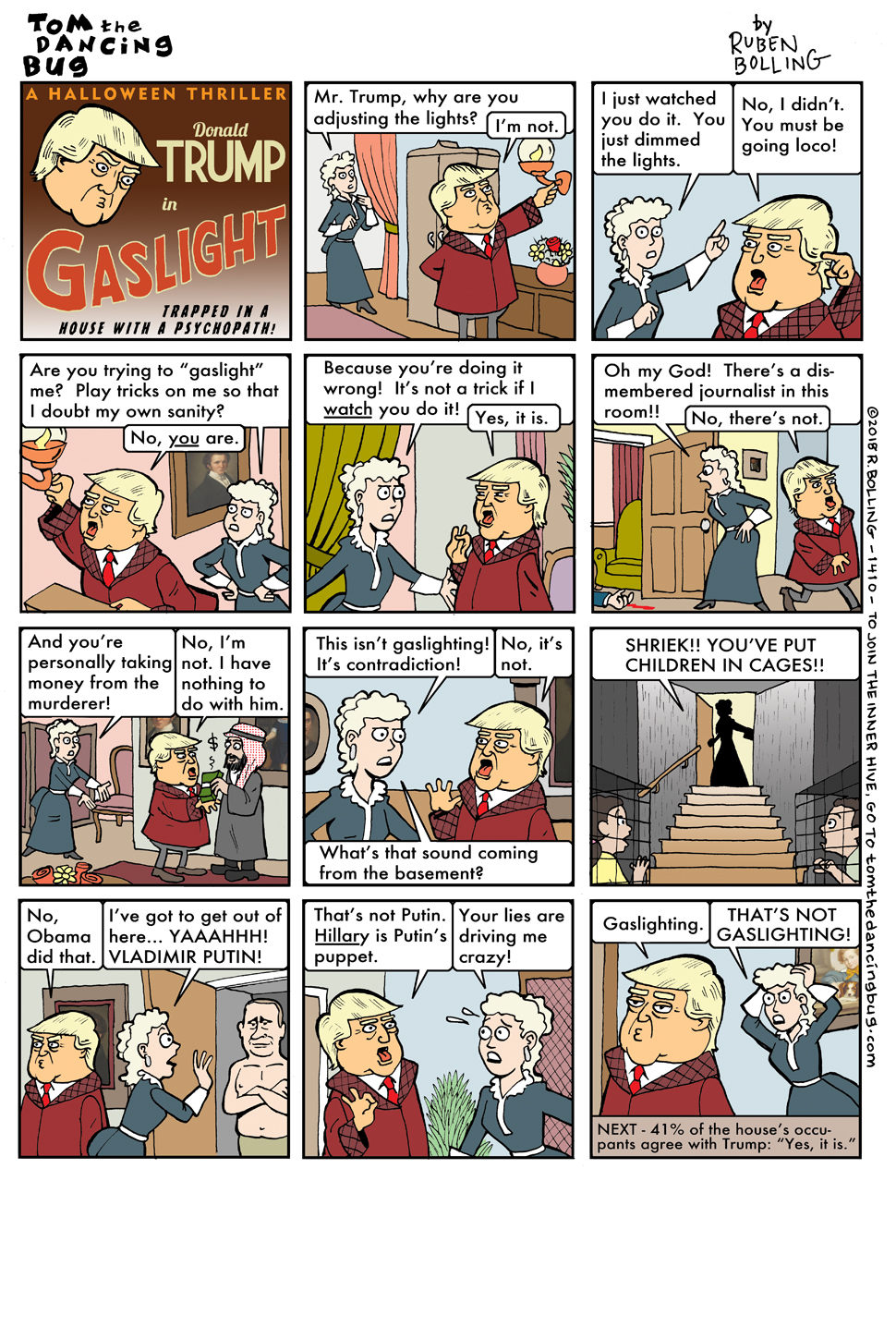 Tom the Dancing Bug, IN WHICH you are trapped in a house with Donald Trump, who is either a charming master manipulator using subtle trickery to make you doubt your own reality, or a shouty liar.

RESIST! … the temptation to fail to JOIN Tom the Dancing Bug's club, the Proud & Mighty INNER HIVE, for exclusive early access to comics, extra comics, commentary, and much more.