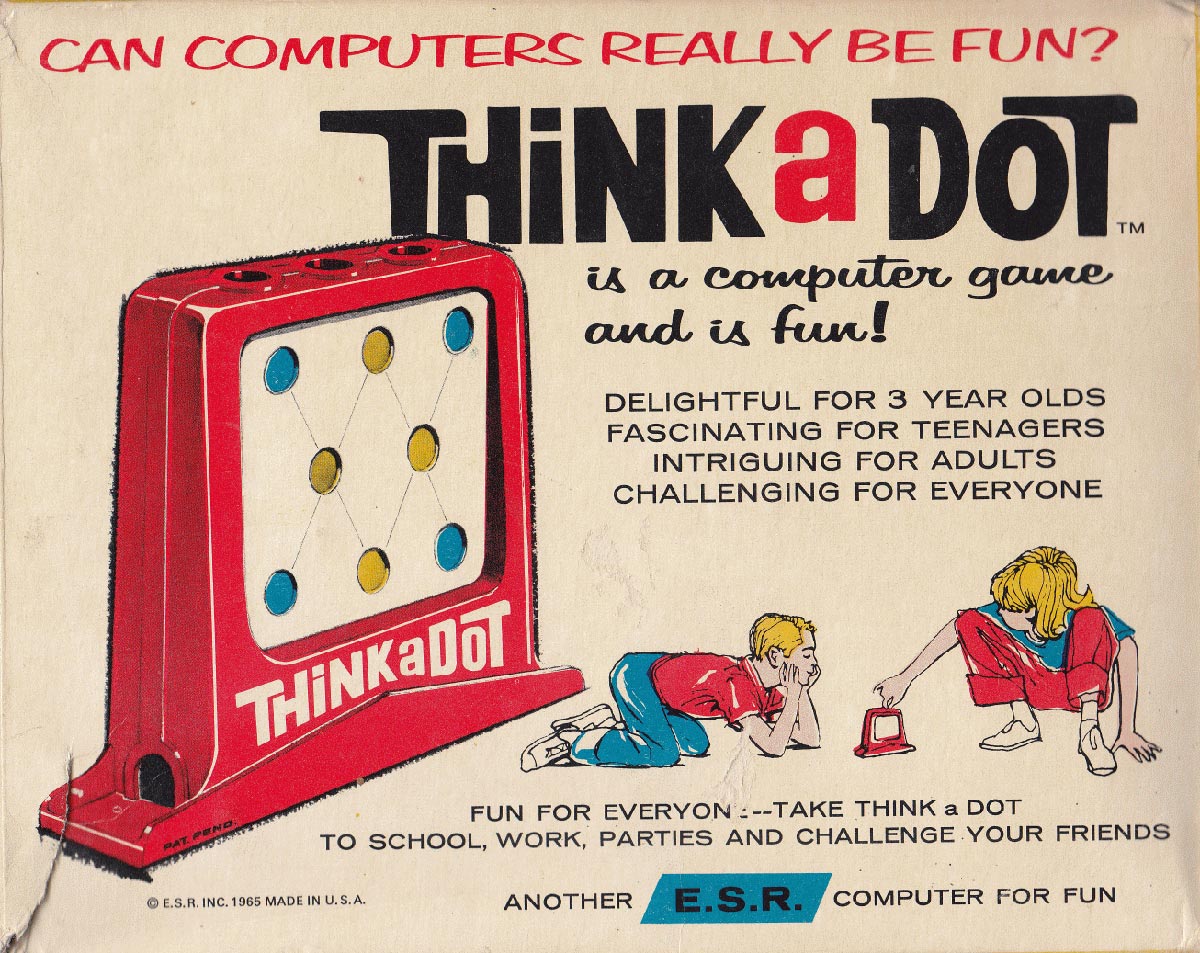 The Think a Dot was a small non-electronic toy with an 8 pixel 2-bit display. To change the color of the pixels, you dropped marbles into three holes at the top.

As you can see, the pixels change color based on the current color of the pixels and which hole the marble is dropped in.

Someone has made a 3D model of the toy and uploaded it to Thingiverse, so you can 3D print your own!

I’ve linked to Michael Gardi’s retrocomputing replicas and recreations quite a few times. Here’s a list: How to make a “computer on a card” from the 1960s How to make a replica of the GENIAC Electric Brain from 1955 Complete instructions for making a replica of the Minivac 601 educational computer kit 3D printed replica […]